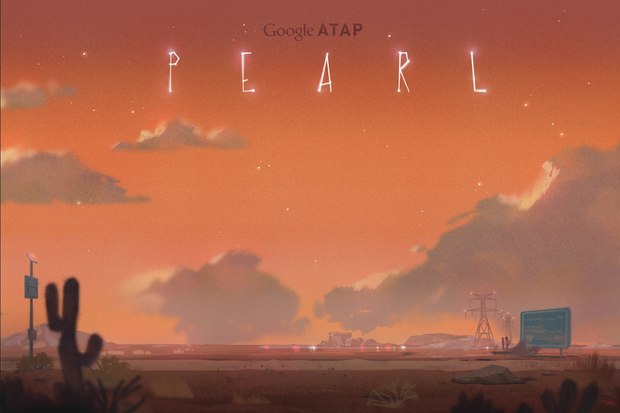 At Google’s I/O conference in San Francisco, which kicked off Thursday morning, Google’s Advanced Technology and Projects (ATAP) group announced the launch of the new Google Spotlight Stories app, now available on Android via the Play Store and will be available soon on iOS.

Google Spotlight Stories combines mobile engineering with filmmaking to create an original “on device” experience: the phone creates a window to a story all around you, you have the freedom to look anywhere, set the pacing, frame the shot. Google Spotlight Stories is a new narrative format for 360-degree, immersive, interactive stories. Think of it like a mobile movie theatre in your pocket.

At tomorrow’s Google ATAP session at Google I/O, acclaimed Hollywood director Justin Lin (Fast & Furious films, True Detective, the upcoming Star Trek 3) will make a special appearance and premiere the newest Spotlight Story, Help. The short film tells the story of a young woman who investigates what appears to be a meteor that has crashed into a downtown Los Angeles street and eventually finds an unexpected surprise inside. Written and directed by Lin and executive produced by his production company, Bullitt, Help is the first immersive, live action short made uniquely for mobile. It connects the Google Spotlight Stories series to traditional cinema for the first time.

As with every story, Help was a leap in technical complexity. The teams at ATAP, Bullitt, and the award-winning visual effects house The Mill created state-of-the-art tools for the creation of the film. Together, they built a dedicated first-of-its-kind camera rig, their own 360-degree filming pipeline, and interactive cinema-quality video playback at 60 frames per second. New solutions for directing, lensing, shooting, action, cinematography and post production in 360-degrees were created. It is the first Spotlight Story in 3D dynamic virtual surround. All this to allow the viewer to experience the film as immersive; to feel as if they are in the action.

Emmy Award-winning artist Shannon Tindle (Foster’s Home for Imaginary Friends) is currently directing On Ice which is being made with Evil Eye Studios in San Francisco and is due for release this year. On Ice tells the story of an over-the-top, sci-fi themed ice show and its star, who suddenly finds he has competition for the spotlight from an unlikely rival.

Aardman co-founder and Oscar-nominated director Peter Lord will oversee Special Delivery, which is directed by Tim Ruffle and tied to the holiday season.

After winning the Best Animated Short Oscar earlier this year, Feast director Patrick Osborne joined the Spotlight Story team to develop and produce a unique Google Spotlight Story in his signature style, currently titled Pearl. The film is told in a musical format, and is about the gifts we inherit from our parents, both tangible and intangible.

Acclaimed London-based studio, Nexus Productions is also working on an upcoming Google Spotlight Story, with Chris O’Reilly as Creative Director on the project.

“With the SDK, an animator can build a story using familiar tools (e.g. Autodesk’s Maya) and set up an interactive story in an intuitive way,” said Rachid El Guerrab, ATAP’s Technical Project Lead for Google Spotlight Stories. “A lot of work is going into our new ‘film language’, and how we introduce creators to thinking in 3D, in 360 degrees, with a free camera, and with viewer-based pacing. The SDK also offers various tools to help storyboarding, music and sound design, publishing, testing on phones, etc.”