Pat Carroll, Voice of Ursula in ‘The Little Mermaid,’ Dies at 95 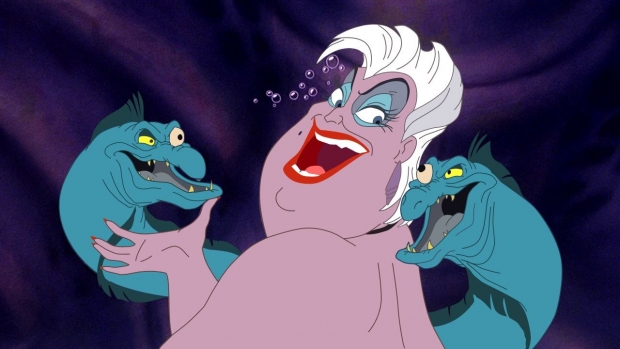 Pat Carroll, the dynamic actor who rose to fame in television comedy and eventually delivered one of the most memorable voiceover performances in animation history, has died at 95.

As a comedian, Carroll acting in supporting roles alongside the likes of Red Buttons, Jimmy Durante, Mickey Rooney, Steve Allen, and Charley Weaver. Her trademark screwball style earned her an Emmy nomination in 1957, for her work on the variety show Caesar’s Hour. Throughout the 1960s and ’70s, she enjoyed a fruitful career in TV, including notable roles as Bunny Halper on The Danny Thomas Show and Loretta Kuhne on The Mary Tyler Moore Show.

Eventually, Carroll became sought-after as a voiceover actor for animated productions -- known for her gravelly laugh and energetic inflection in her delivery. Her first voiceover part was for the 1966 animated series The Super 6, and throughout the ’80s, she appeared frequently in a number of cartoons, including Yogi’s Treasure Hunt, Superman, Galaxy High School, and Pound Puppies.

Carroll’s career-defining role came in 1989: the voice of the sinister sea witch Ursula in the Disney feature The Little Mermaid. The job fulfilled her lifelong dream of being part of a Disney production, and she brought her uncanny comic timing and gruff tenor to the role of the tentacled tyrant.

When Disney conducted its exhaustive search for the actor who’d play Ursula, Howard Ashman, lyricist and producer of The Little Mermaid, recorded himself singing the song “Unfortunate Souls.” Carroll saw the tape, and soon proved that she understood exactly the attitude the piece required.

In the book “Makin’ Toons: Inside the Most Popular Animated TV Shows and Movies,” Carroll said: “[Howard Ashman] gave me that performance! Come on, I’m honest enough to say that. I got the whole attitude from him. His shoulders would twitch in a certain way, and his eyes would go a certain way. I got more about that character from Howard singing that song than from anything else.”

After landing the role, Carroll voiced Ursula in multiple video games, and in the 1993 Little Mermaid spinoff series for CBS. She also reprised the role in Disney’s 2000 direct-to-video sequel, The Little Mermaid 2: Return to the Sea.

According to The Hollywood Reporter, Carroll passed away in Cape Cod, Massachusetts on Saturday, with her daughter, Kerry Karsian, disclosing the cause of death as pneumonia.