Director of Pixar’s ‘The Blue Umbrella’ will work closely with Passion technologists to tailor executions for the latest immersive and reactive content platforms. 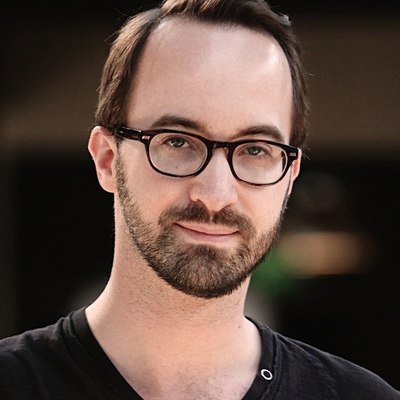 As international animation and film production company Passion continues to expand in the U.S., its New York studio has signed Creative Director Saschka Unseld to help lead the charge.

Unseld joins from Pixar where he wrote and directed the company’s hugely popular and first-ever photo-real short film The Blue Umbrella, which thrilled audiences when it preceded Monsters University in theater screenings around the world. During his tenure at Pixar, he also worked as cinematographer on a number of blockbuster features including Toy Story 3, Cars 2 and Brave.

“I’m excited to bring my experience in feature films to the world of commercial storytelling,” said Unseld, who will also feature as a director on Passion’s roster for worldwide commercial representation.

“I was drawn to Passion not just because they tell great stories, but because they’re dedicated to pushing boundaries both creatively and technically,” Unseld said. “The Creative Director role at Passion New York combines the three things I have the most experience in; building a studio, developing young directors, and of course directing my own films.”

As a technical innovator, Unseld also works in the emerging field of virtual reality and is currently directing several films for some of the industry’s VR pioneers. “Saschka’s technology bent is a huge advantage for Passion as we grow in the gaming market and in real-time content production,” said Belinda Blacklock, Executive Producer at Passion New York.

In addition to fielding incoming briefs from gaming and advertising clients, Unseld will work closely with Passion technologists to tailor executions for the latest immersive and reactive content platforms.

“I’ve done a bit of a reverse-commute here. I think I’m the first to go from directing at Pixar to directing in commercials and that’s because there are very few companies that work the way Passion works,” said Unseld. “It’s a rare chance to be part of a company that floods every project with creativity and innovation.”