Originally broadcast in Japan on Nippon TV, anime series is produced by MADHOUSE and adapted from the groundbreaking sci-fi/horror manga created by Hitoshi Iwaaki. 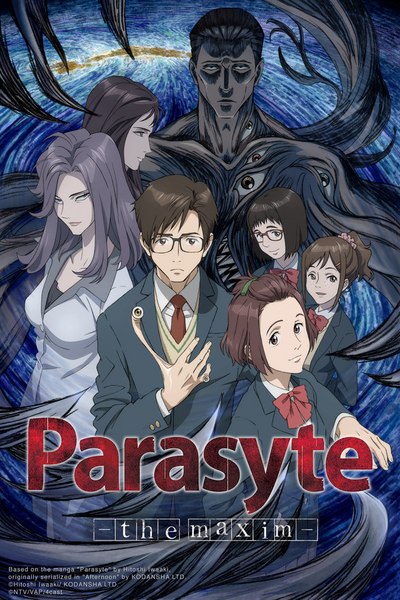 Parasyte –the maxim– chronicles a silent, sinister alien invasion and follows 17-year-old Shinichi, whose life gets seriously complicated when one would-be invader assumes control of his right hand. Originally broadcast in Japan on Nippon TV, the series is produced by MADHOUSE and adapted from the groundbreaking sci-fi/horror manga created by Hitoshi Iwaaki.

During the company’s panel presentation at Anime Expo 2015, anime distributor Sentai Filmworks announced that Parasyte –the maxim– is scheduled to begin broadcast on the Adult Swim Toonami block this October. Detailed schedule information will be released as soon as it becomes available.

“Taking a manga that originated 25 years ago and creating it into a screen content for the first time was, right from the beginning, an unusual undertaking,” commented Parasyte –the maxim– producer Toshio Nakatani. “It’s not a stretch to say that the underlying concept of the story is a wakeup call to everyone living in these current times. There’s no greater joy than seeing the passion of Japanese anime creators capturing the hearts of people throughout the world.”

Shinichi Izumi, an ordinary high school kid, is suddenly attacked by a “parasite” that came flying to Earth. The parasite missed Shinichi’s brain by a hair but attached and assimilated itself onto his right arm. It calls itself “MIGI,” which means right in Japanese, to honor its location and begins a peculiar symbiotic relationship with its human host. Distressed that he can’t tell anyone about what has happened, Shinichi soon finds himself developing something similar to a friendship with MIGI.  Shinichi and MIGI are suddenly confronted by other parasites that start to appear and kill people. The situation escalates as people also start killing the parasites. Shinichi’s childhood friend and classmate Satomi finds herself in danger. In the midst of this situation, Ryoko Tamiya shows up as a high school teacher who leads the parasites into discovering their own sense of worth. “Why were we born?” The parasites begin to realize that they were born to cull the humans who continue to destroy Earth. The humans fight to live on and begin killing the parasites. “Who deserves to survive?” The Earth and their loved ones need to be protected. As values waver, Shinichi and MIGI throw themselves into the battle between humans and parasites.