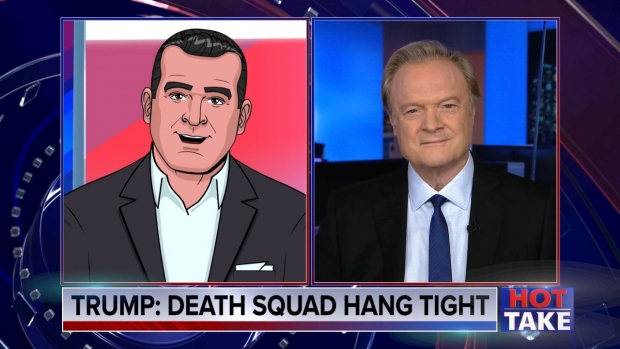 The show features a cast of animated characters, led by anchor James Smartwood, who mock the news of the day, interviewing real-world guests, newsmakers, and analysts in new segments streaming daily, followed by a full weekly episode.  The second season continues March 8, streaming exclusively on the new Paramount+.

“We are ecstatic to be collaborating again with the talented creative team behind Stephen Colbert Presents Tooning Out the News,” said Julie McNamara, Executive Vice President and Head of Programming, Paramount+. “They overcame every obstacle 2020 threw at them and day after day delivered an extremely smart, inventive and funny program that offered our audience a bit of reprieve from the ‘regular’ news cycle. We’re cautiously optimistic about what’s in store for 2021, but no matter what, we’re eager to know what the series’ mostly informative segments and characters will have to say about it.”

“We are so excited for season two of Tooning Out the News, which will feature even more incisive questions, unrelenting egomania, Freudian projection, shameless brand integration, tasteful nudity, unapologetic slander, and flat out lying,” said Colbert.

In an AWN interview last year, Luecke noted that Tooning Out the News provides more than biting and often patently ridiculous humor aimed at politics and the media business. “In addition to providing sharp satire on the state of affairs in general and the news media in particular, I like to think we’re offering people a bit of an antidote to the exhausting deluge of news that they consume on a given day,” he shared. “Especially in times as anxious as these, it feels like it’s a privilege to offer a take on the news that strikes an entertaining balance between satire and absurdity.”

Fried agreed, explaining that while the comedy skewers some of the most important and controversial figures headlining today’s political news, the show always seeks a balance between funny and glib; striking that balance is one of the main challenges he and the other producers face. “I’d also add [it’s a big challenge] making sure the satire is as sharp as possible,” he said. “Animation is an awesome comedy tool, but it can also put you at risk of appearing flippant. So, so we devote a lot of creative energy to making sure the comedy is as sharp as possible.”

Check out the Season 1 highlight reel:

“The Establishment with Tory Hughes”

Veteran host and self-described “good Republican” Tory Hughes stands up for the center-right value of politely making things worse alongside an elite panel of Washington termites. In this prestigious newsmagazine series, Tooning Out the News’ stable of highly respected soon-to-be-disgraced animated hosts sit across from real newsmakers in a real studio for intimate one-on-one interviews.