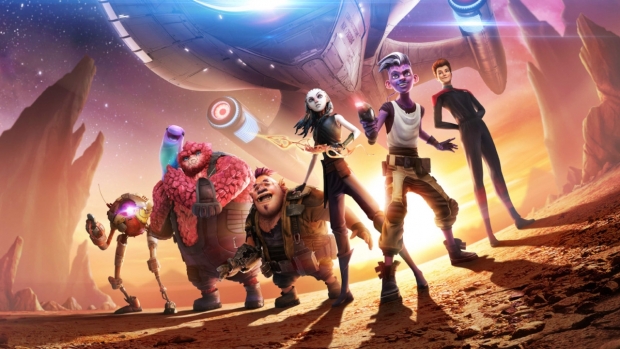 Give us more Janeway! Good news for burgeoning young Trekkies - Season 2 of Star Trek: Prodigy has been greenlit by Paramount+. The new CG animated series, produced by Nickelodeon Animation Studio and CBS Studios’ Eye Animation Production, launched on October 28 with a one hour special. According to the streamer, the show was an instant hit, with the top-performing premiere day of any original animated kids’ series on the service.

New episodes from the first half of Season 1 will continue to roll out weekly on Thursdays through November 18. Following a mid-season break, Season 1 will roll out the five remaining episodes beginning January 6.

Developed by Emmy Award winners Kevin and Dan Hageman (Trollhunters and Ninjago), the series follows a motley crew of young aliens who discover a derelict Starfleet ship and use it to search for adventure, meaning, and salvation. The six young outcasts know nothing about the ship they have commandeered – a first in the history of the Star Trek Franchise – but over the course of their adventures together, they will each be introduced to Starfleet and the ideals it represents.

The series is distributed by ViacomCBS Global Distribution Group and is also available to stream on Paramount+ in international territories, including Latin America, the Nordics and Australia.