Paramount Releases ‘Paws of Fury: The Legend of Hank' Featurette

Michael Cera and Samuel L. Jackson pull back the animated curtain, giving fans a peek behind the scenes of the upcoming animated comedy coming to theaters July 15. 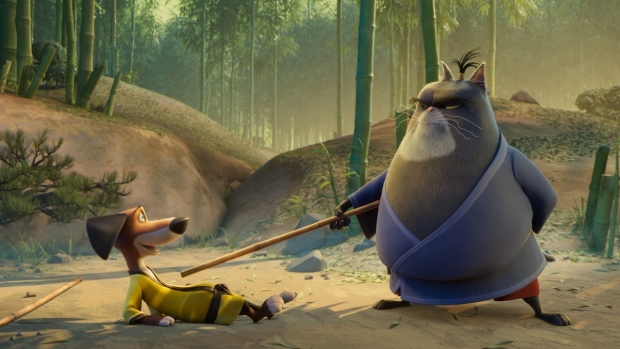 Paramount Pictures dropped a new featurette (see below) with Michael Cera and Samuel L. Jackson that gives fans a peek behind the animated curtain of the upcoming animated comedy feature, Paws of Fury: The Legend of Hank, set to hit theaters July 15, 2022.

In the film, hard-on-his-luck hound Hank (Michael Cera) finds himself in a town full of cats who need a hero to defend them from a ruthless villain's (Ricky Gervais) evil plot to wipe their village off the map. With help from a reluctant teacher (Jackson), our underdog must assume the role of town samurai and team with the villagers to save the day. The only problem is cats hate dogs!

In addition to Cera, Jackson, and Gervais, the voice cast includes comedy legend Mel Brooks, with additional comic relief provided by Aasif Mandvil and Gabriel Iglesias. Rounding out the cast is George Takei.

Check out ‘Paws of Fury: The Legend of Hank | Hank & Jimbo Featurette:’