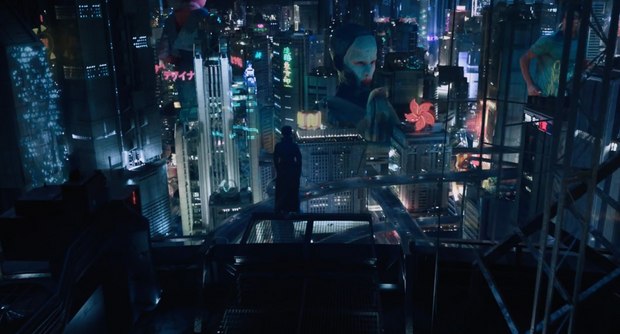 Paramount Pictures has released a full, five-minute clip from the beginning of sci-fi thriller Ghost in the Shell, the forthcoming live-action adaptation of the celebrated anime property starring Scarlett Johansson.

Based on the internationally acclaimed Japanese manga series by Masamune Shirow, “Ghost in the Shell,” the movie takes place in the near future, where Major (played by Johansson) is the first of her kind: A human saved from a terrible crash, who is cyber-enhanced to be a perfect soldier devoted to stopping the world’s most dangerous criminals. As the leader of elite task force Section 9, when terrorism reaches a new level that includes the ability to hack into people’s minds and control them, Major is uniquely qualified to stop it. As she prepares to face a new enemy, Major discovers that she has been lied to: her life was not saved, it was stolen. She will stop at nothing to recover her past, find out who did this to her and stop them before they do it to others.

ICYMI: watch an extended clip from #GhostintheShell from the beginning of the movie. pic.twitter.com/pk2YVOkqlL

The visual effects for Ghost in the Shell are created by lead VFX house MPC under VFX supervisors Axel Bonami and Arundi Asregadoo alongside Atomic Fiction, Framestore, Method Studios, Raynault VFX and Territory Studio. Here’s a recent featurette on the making of the film delving into some of the VFX work:

Ghost in the Shell arrives in theaters in the U.S. on March 31.