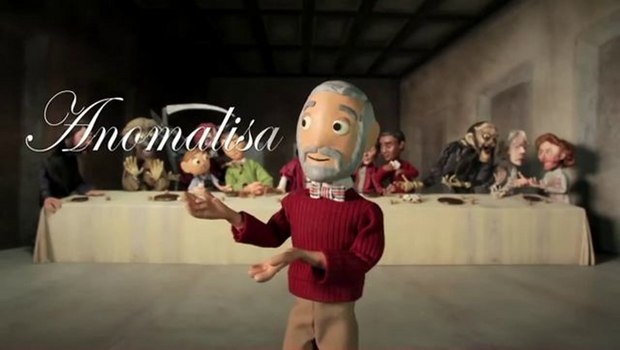 Paramount Pictures has acquired worldwide rights to Anomalisa, the stop-motion film from directors Charlie Kaufman and Duke Johnson, according to a report by Deadline.

The purchase follows screenings at film festivals in Telluride, Toronto and Venice, where it won the Grand Jury Prize. Domestically, the R-rated film will be released on December 30, 2015 in New York and Los Angeles, making it eligible for awards consideration.

Centered on an inspirational speaker who checks into a bizarre hotel, Anomalisa tells the story of a man who “struggles with his inability to connect with other people.” With a voice cast that includes Jennifer Jason Leigh, Tom Noonan and David Thewlis, the film is produced by Starburns Industries and Snoot Entertainment. It was partially funded by a Kickstarter crowdfunding campaign launched in 2012 that raised $406,237 from 5,770 backers.

“The film is a spectacular achievement of artistry, one that we are incredibly pleased to be a part of,” Paramount chairman and CEO Brad Grey reportedly said. “Charlie is a filmmaker of immense vision and craft and he and Duke have created a film that stands alone as one of the year’s best.”

“Anomalisa has been a three-year labor of love and we are thrilled the film has now found a home at Paramount with people who are passionate about the film and are committed to sharing it with the world,” the filmmakers said in a statement.

Michael Stone, husband, father and respected author of “How May I Help You Help Them?” is a man crippled by the mundanity of his life. On a business trip to Cincinnati, where he’s scheduled to speak at a convention of customer service professionals, he checks into the Fregoli Hotel. There, he is amazed to discover a possible escape from his desperation in the form of an unassuming Akron baked goods sales rep, Lisa, who may or may not be the love of his life.