Paramount+ Lets the Dogs Out in a ‘Paw Patrol’ Summer!

The incredibly popular franchise kicks off its summer of fun with ‘Paw Patrol Live! At Home,’ now streaming, followed by ‘Paw Patrol: The Movie’ in theaters and streaming August 20; Seasons 1-5 of the animated preschool also now available. 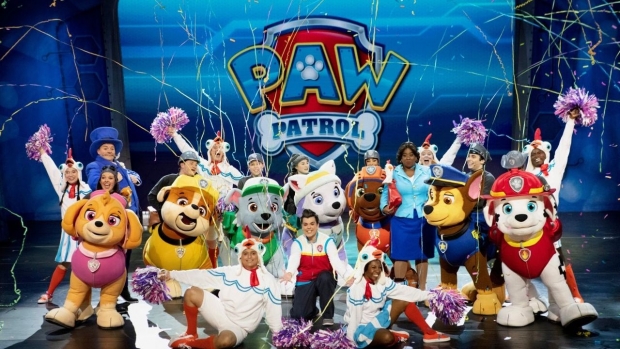 Adventurous puppies abound this summer on Paramount+. Paw Patrol Live! At Home is now available to watch on demand; Paw Patrol: The Movie follows shortly, debuting August 20 on the streamer and in theaters. If that’s not enough to bark at, the first five seasons Paw Patrol, the popular CG animated preschool series, produced by Spin Master Entertainment and airing on Nickelodeon, are also now available to binge on the service. Woof Woof! Enhanced for the streaming experience and featuring brand-new elements, Paw Patrol Live! At Home is now available on demand exclusively on Paramount+. It’s the day of the Great Race between Adventure Bay’s Mayor Goodway and Foggy Bottom’s Mayor Humdinger, but Mayor Goodway is nowhere to be found.

It’s PAW Patrol to the rescue! Their mission is to rescue Mayor Goodway and help her to finish the race. Using each of their unique skills and teamwork, the pups make several heroic rescues on their race to the finish line.

The PAW Patrol is on a roll! When their biggest rival, Humdinger, becomes Mayor of nearby Adventure City and starts wreaking havoc, Ryder, and everyone’s favorite heroic pups kick into high gear to face the challenge head on. While one pup must face his past in Adventure City, the team finds help from a new ally, the savvy dachshund Liberty. Together, armed with exciting new gadgets and gear, the PAW Patrol fights to save the citizens of Adventure City!

The animated preschool series PAW Patrol, produced by Spin Master Entertainment and airing on Nickelodeon, features seven heroic rescue pups Chase, Marshall, Rocky, Rubble, Zuma, Skye and Everest – who are led by a tech-savvy boy named Ryder. Together they work hard to protect the Adventure Bay community believing no job is too big, no pup is too small! The series features a curriculum that focuses on citizenship, social skills and problem-solving.