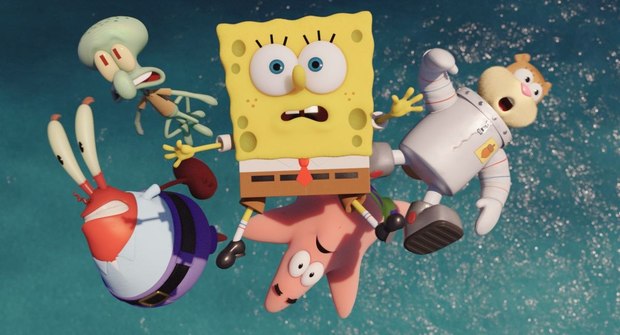 Last December, Paramount announced the film’s release was being pushed out an entire year, from August 1, 2019 to July 31, 2020. Moving the film back two weekends to July 17 now puts it in direct competition with Fox’s animated Bob’s Burgers feature as well as untitled event movies from Universal and Warner Bros., rather than an untitled Marvel movie set for July 31.

Originally announced in 2015, The SpongeBob Movie, until recently known as The Spongebob Movie: It’s a Wonderful Sponge, is being directed by Tim Hill from a screenplay by Jonathan Aibel, Glenn Berger and Michael Kvamme. No information has been released yet about the story.

Earlier this month, in a rare setback for the brand, the producers of SpongeBob SquarePants: The Broadway Musical announced the show was shutting its Palace Theatre doors on September 16, less than a year after opening with significant fanfare and ongoing promotion by Nickelodeon. The show garnered generally favorable reviews and won a Tony Award for scenic design. One of Nickelodeon’s most successful properties, the overall SpongeBob SquarePants franchise has generated more than $13 billion in merchandising revenue since its TV debut in 1999.