The new virtual reality project, created entirely with Oculus’ VR-native animation platform, is a whimsical tale about balancing work and family that immerses the viewer in a vivid and glittering wonderland. 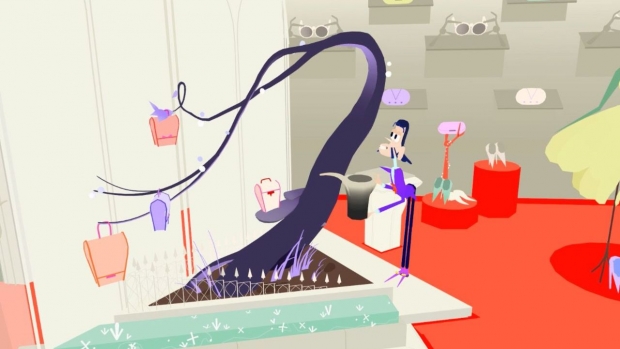 Los Angeles-based VR animation studio, Parade Animation, founded by former Disney animator Yonatan Tal, invites viewers to travel beyond the edge in Lifetime Achievement. The film, developed in partnership with Oculus and created with their Quill platform for VR-native animation, is a whimsical and relatable tale about the balance of work and family, proving that presence is the best present. With a 15-minute runtime it is the longest narrative ever made entirely in VR using the platform. It is available now on Oculus TV.

“As a new VR studio, Parade took the opportunity to be boundless in its storytelling,” explained Tal. “We wanted to create a visceral, immersive, and emotional story that leverages VR animation to its fullest potential by bringing viewers into each essential part of our hero Albert’s journey.”

The film transports the viewer to a vivid and glittering wonderland of designer jewelry and exquisite fashion. Albert, (voiced by Darren Jacobs, Death Stranding), is the host in his magical world. An eccentric, his devotion to his mother (voiced by Marieve Harington, How I Met Your Mother) cannot be matched. Deep in his memories, the viewer joins Albert’s search for rare crystals; his development of new lifeforms in a special laboratory; and capture of light rays from a solar eclipse. The journey reveals more about Albert and his greatest masterpiece--a jewel he made for his mother’s 70th birthday. The film’s colorful narrative matches its animation style, delivering retro-inspired aesthetics with a wildly contemporary palette and futuristic environments.

Parade’s debut immersive film is an original and personal story inspired by Tal’s own experiences; he left friends and family following his dreams to Los Angeles. First studying character animation at CalArts he subsequently worked in animation at Disney where he storyboarded for projects such as Amphibia and Monsters at Work. In 2019 he founded Parade. He is joined by the company’s creative producer, Ziporen Hazum with whom he leads a diverse team of storytellers from France, Switzerland, Canada, Israel, and the U.S.