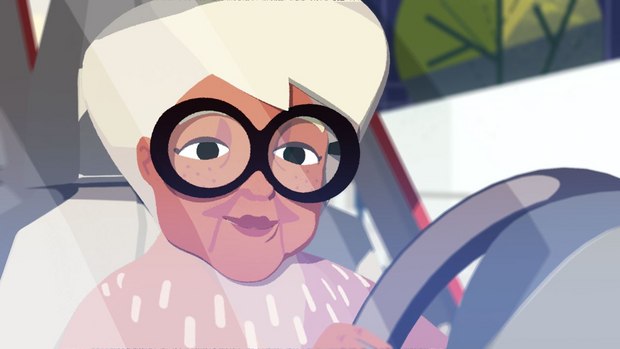 Not To Scale has announced the signing of Academy Award-winning director John Kahrs. The former Pixar/Disney animator and director of the fantastic shorts Paperman and June joins the company’s newly opened Los Angeles studio for exclusive commercial representation.

Kahrs has focused on animation for his entire professional career, beginning at Blue Sky Studios in New York in 1990. Kahrs moved to California in 1997 to join Pixar, where he worked as an animator on films including A Bug’s Life, The Incredibles and Monsters, Inc. In 2007 John relocated to Southern California and became part of the revitalization of Disney Feature Animation. At Disney John transitioned to a leadership role, working as animation director on Tangled. Kahrs went on to direct Paperman, using a ground-breaking hybrid technique that merged the best of 2D and 3D animation. The short went on to win the 2013 Academy Award for Animated Short Film -- the first time the studio had won the award for Best Animated Short Film since 1969. “I’m delighted that John is joining the Not To Scale family,” said Not To Scale founder and executive producer Dan O’Rourke. “A gifted filmmaker, John has that rare ability to create beguiling, heart-warming films and stories that continue to reward the audience long after viewing. With his latest film ‘June’, John has shown that he is able to weave these skills subtly into films that are commissioned by brands too. We now look forward to sharing his work across different territories and seeking out many more exciting, creative opportunities for John to let his exceptional talent shine.”

Kahrs’ impressive talent for creating emotional, multi-layered and beautifully realized stories shines through in Paperman. The CG/hand-drawn animation hybrid tells the story of a young man working in New York whose life changes after a chance encounter with a beautiful girl on the train. It was widely praised for its innovative technique and look, poignant storyline and fresh take on Disney character animation, winning several awards including the Oscar.

Most recently, John completed an animated film for the ride-share company Lyft. Titled June, the seven-minute short follows the story of a lonely, elderly widow in Chicago whose Lyft ride inspires her to become a rideshare driver and ultimately transforms her life. With over 7.5 million views on YouTube, Kahrs’ film demonstrates an ingenious use of color, light and shadow in a dynamic geometric world, again combining 2D and CG, with original, captivating character design and a moving soundtrack that draws you into June’s world completely.

With brands increasingly looking towards talented directors like Kahrs to reach their audiences, Not To Scale is excited to be working with Kahrs to introduce his creative expertise to the commercial industry and bring to life further original and engaging branded film content.

“I’ve always admired great commercials,” Kahrs commented. “They are marvels of efficient storytelling and expert craftsmanship. To be honest, they are a huge inspiration for so much of my work, which is why I’m excited to be a part of Not To Scale and their new creative team here in Los Angeles. I think it’s a great fit. I’m eager to collaborate and create something special with this talented group of people.”