Nora Twomey, the Oscar-nominated director of Cartoon Saloon’s ‘The Breadwinner,’ presented with the prestigious Murakami Award. 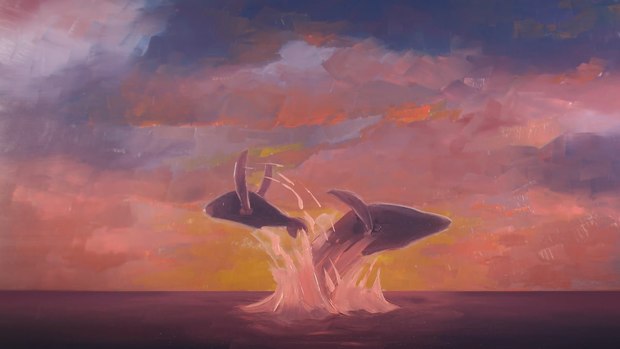 Paper Panther Productions scooped up three awards at the 2019 Irish Animation Awards, including the inaugural Best Newcomer Award, and Best Animation and Best Design & Art Direction for the stunning ‘The Bird and The Whale.’

The glitzy event is organised by Animation Ireland and is a major highlight in the global animation calendar, with this year’s ceremony hosting large delegations from Netflix, Disney, the BBC, Amazon Prime, Nickelodeon and many other international production houses.

Among the other major winners on the night were Cartoon Saloon for The Breadwinner (Best Feature) and Brown Bag Films for Vampirina, which won Best Animated Preschool Series (up to 6 years) and Best Writer for an Animated Series.

“The evening was a tremendous success and once again highlights the vibrancy and talent within our sector. This country really punches above its weight when it comes to animation and the number of senior executives and producers from overseas who were there last night pays testament to that,” said Animation Ireland chairperson Moe Honan commenting on the ceremony. “On behalf of animation Ireland I would like to say a very hearty congratulations to all the winners. The level of quality this year has been truly outstanding from all the entrants and it really highlights the magnificent talent of the animation sector in Ireland.”

The awards this year was the biggest yet for Animation Ireland, with four new award categories and a huge increase in the number of entrants. There are 16 categories in total, up from 12 in 2017, including the new Kids’ Choice Award, with the winner being chosen by primary school children across the country. Another new category is Best Newcomer, which according to Honan, “shows the continuing increase in the amount of new studios being set up. The new award categories and the sheer volume of entries reflect the substantial growth in the sector over the past two years.”

Winners of each category received a statuette designed by animator, film maker and teacher Eimhin McNamara. The statuette resembles a Phenakistoscope which was an early animation device used to create an illusion of motion.

Animation Ireland is the trade association for Ireland’s animation studios, representing 25 member studios who employ more than 1,500 people nationwide. The sector has seen meteoric growth in recent years, with the sector now generating over €100 million for the economy annually as Irish animation projects are viewed in over 120 countries worldwide.

The full list of winners of the 2019 Irish Animation Awards is shown below:

Best Writer for Preschool Animation (up to 6 years)

Best Writer for an Animated Series

Best VFX as part of Animated TV Series or Film

The Bird and the Whale – Carol Freeman/Paper Panther Productions

The Bird and the Whale – Eimhin McNamara & Carol Freeman/Paper Panther