Made for $150 million, Joe Wright's big-budget Neverland origins story could lose between $130 million to $150 million for Warner Bros. 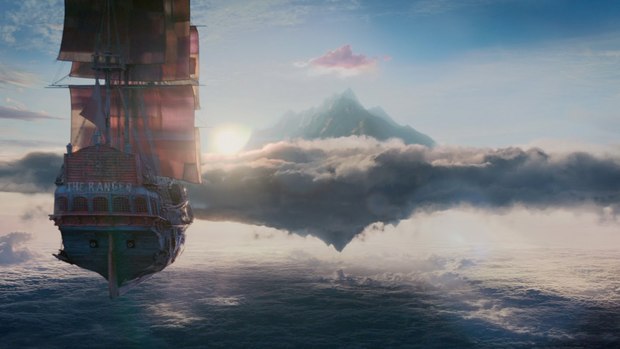 Joe Wright's big-budget Neverland origins story, Pan, could see losses of somewhere between $130 million to $150 million for Warner Bros., according to a report by The Hollywood Reporter.

Made for $150 million, Pan opened to $15.3 million in North America this past weekend. The Overseas, the fantasy film grossed just $20.4 million from 54 markets for an early foreign total of $25.2 million and a global tally of $40.5 million. The film has yet to open in China, where it will roll out on October 22.

Originally set for a release date of June 26, 2015, Warner Bros. bumped Pan first to July 17 and then July 24 before moving it to October 9 in order to avoid competition from summer tentpoles.

Here’s the basic analysis for how things might pan (no pun intended) out for the studio:

If the film's theatrical gross tops out at $150 million worldwide, it will see returns of about $135 million between film box-office returns (or film rentals) and ancillary revenues, including home entertainment and television deals, according to rough calculations by insiders. However, when factoring in a global marketing spend of $125 million, that means the movie cost $275 million to produce and sell. Hence, the loss would be about $140 million. The range of $130 million to $150 million accounts for the fact that analysts don't know exactly how much Warners spent on marketing, or exactly where Pan will end up at the box office.

With the studio declining to comment, or put a figure on its marketing spend, it may be some time before we learn how big the losses will be for Pan. Head over to THR to read the full story.