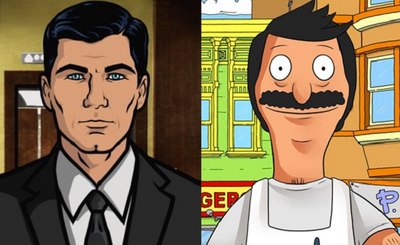 “We are so excited to bring PALEYFEST back to the Big Apple for the second consecutive year,” said Maureen J. Reidy, President and CEO, The Paley Center for Media. “As the ultimate TV fan festival, PALEYFEST offers TV fans an unprecedented look behind the scenes of the hottest shows on television as well as an opportunity to get up-close with their favorite TV stars.”

“We are honored that ‘Made in NY’ series that film on the streets of New York City are part of The Paley Center for Media's PALEYFEST New York 2014,” said Commissioner Cynthia López, New York City Mayor’s Office of Media and Entertainment. “New York City is home to a vibrant creative community, and it’s a testament to their achievements that the City’s film and television industry brings us such high quality entertainment season after season.”

Last year was the launch of the inaugural PALEYFEST New York, which featured talent from Elementary, Person of Interest, The Americans, Nurse Jackie, and Boardwalk Empire, among other series. This year’s PALEYFEST New York lineup with panelists scheduled to appear includes:

Sunday, October 19: Made in NY Workshop: Early Career Networking Meet Up; 11:00 AM
Participants in this networking event will have the opportunity to chat with film and television professionals and discuss the jobs they do in various production fields. This workshop is free, but reservations are required. Email eduny@paleycenter.org to reserve.

Events in formation; events and participants subject to change.

The Paley App (available for download at paleyfest.org) and the website are the destinations for ongoing PALEYFEST announcements, and the portals to ticket sales and content, including photos and video clips from Festival events. Paley Center Members have presale access to tickets on these dates: Supporting Members can purchase tickets starting on September 16 & 17; General Members September 18; then tickets go on sale to the General Public on September 19. Fans are invited to follow @paleycenter on Twitter for immediate announcements and live tweeting from the events and to join in the conversation with #PaleyFest.