'Paddington 2' Comes to Life With Help From Rodeo FX

Studio created complex sequence in which the beloved bear is trapped underwater. 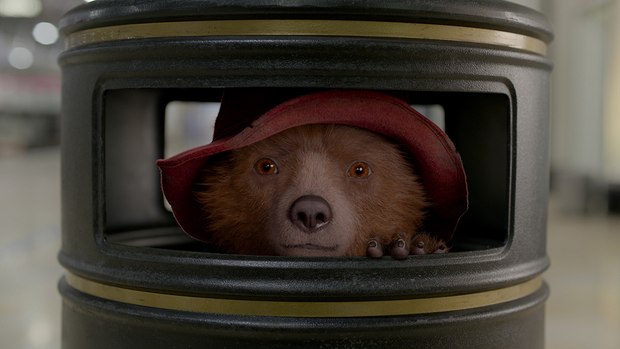 The sequel to the beloved family film finds Paddington settled at home with the Brown family. There, he finds a unique pop-up book that would be the perfect present for his Aunt Lucy’s birthday, and embarks upon a series of odd jobs to pay for it. But when the book is stolen, it, leaves Paddington in a precarious jam.

Rodeo FX was tagged to help bring the delightful bear to life, in a first for a Paddington movie.

“Given the incredibly short timeframe, and the fact that we were the first ever auxiliary vendor to work on Paddington, there was uncertainty at the beginning, but the moment the creative team saw our first animation shots, everything settled into place,” said Rodeo FX VFX supervisor Arnaud Brisebois.

The VFX studio’s shots for the film center around one main sequence lasting two minutes and 10 seconds, with additional shots granted to Rodeo FX while work was underway, for a total of 50 shots.

Rodeo FX’s primary sequence for Paddington 2 shows the bear trapped underwater, shots that called on not only an expertise in creature work but also water effects. The complexity of the VFX work only added to the challenge that Rodeo FX already faced in creating work that matched the rest of the film. Ultimately, the work delivered by Rodeo FX is indistinguishable from the rest of the CG shots in the film.

In order to deliver flawless shots on a strict timeline, Rodeo FX’s Development and CFX departments created a proprietary tool that enabled a hyper agile process, a project led by Guillaume Laforge and Guillaume Baratte. The new tool, which was built using Houdini and is known as HAROLD (HAD) within Rodeo FX, has been implemented for current and future creature projects.