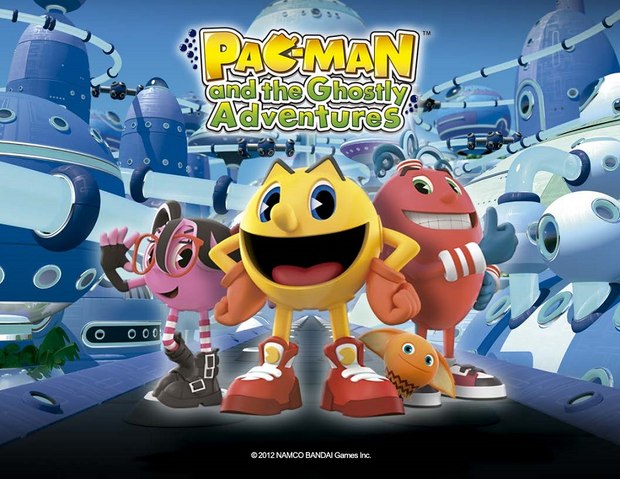 41 Entertainment (“41e”) announced that it has achieved a strong international roll-out for PAC-MAN and the Ghostly Adventures property (the “Property”) since January. The TV series has performed very well in all key markets including Spain, France, UK, Russia, Israel, India, Korea, Eastern Europe, Turkey and Canada improving time slots in all cases and ranking at the top of the ratings charts. Many markets including the Nordics, Benelux, Portugal, Italy, Australia, Mexico, Brazil, the Middle East, South East Asia, Latin and Central America and Germany will launch during the year.

Locally, additional new licenses have been granted recently as follows:

In France, Hachette will have a full Publishing line while Delcourt will have Comic Book Albums, Alcara will produce charms while two QSR promotions are lined up, one for Fall 2014 followed by another in Spring 2015 as well as Play by Play will design and distribute Beanies and Best will have Footwear bringing the total licensees to 19 in France.

In the United Kingdom, Sambro will handle bags and stationery, More for Your Store will have money tins, Palamon International will have dress up and accessories and Play by Play will design and distribute Beanies bringing to 18 the total licensees producing product for the UK.

In Iberia, Copywrite will handle backpacks and bags, Comercial Mercera will have patches and zipper pulls, Madhouse will launch mall events, Hot Shots will produce candy, wafers and cookies, Educa Borras will produce puzzles and distribute the KNEX construction toy line, Play by Play will design and distribute Beanies bringing to 19 the total licensees producing product for Iberia.

In Mexico, where the TV series just launched on Televisa on April 4th, Carvajal has been granted notebooks, Granmark will have party supplies, Union Kids has been granted apparel and Multimusic will handle Home Entertainment bringing the total licensees in Mexico to 16 while Fabricas de Productos (Frito Lay) will have a promotion in Central America for Salty snack products under the CHEETOS brand and TAZOS promotional products where 14 total licensees have been signed.

In Brazil, XERYUS will handle backpacks, Tilibra has been granted notebooks and diaries, Diplomata is awarded backpacks and lunch boxes, Editora Alto Astral has coloring magazines and sticker albums, Festcolor has party supplies while PlayArte handles Home Entertainment bringing the total licensee list to 14 in Brazil.

In Benelux, van der Erve has been granted apparel while Global Industry will produce wheeled toys and gift items and Play by Play will design and distribute Beanies with the market now reaching 20 licensees.

In Turkey, Biber will create mall events and join other licensees to a reach a total of 11.

“This has been a very strong start of 2014 for PAC-MAN, both in terms of achieving strong ratings (top 5 in all markets), adding new licensees (30+ since Brand Licensing Show in London in October) and achieving retail successes (#2 boys action line in Spain, according to NPD February 2014 report). We have announced the second season of the Property guaranteeing broadcast exposure through holiday 2015.  Worldwide, as markets roll-out, we are adding additional licensees each week and increasing our 2,000 SKU total,” states Allen Bohbot, Managing Director of 41e.

Avi Arad, Executive Producer, continues, “The performance of this Property since launch has been really strong."

“We are very pleased to welcome these fine licensees to this Property in 2014 under the management of 41e,” adds Shin Unozawa, Executive Vice President at BANDAI NAMCO Games Inc.