U.K.-based boutique visual effects house delivers a range of shots for the fifth installment of the ‘Bourne’ franchise, including digital matte paintings and crowd replication for two action-packed sequences. 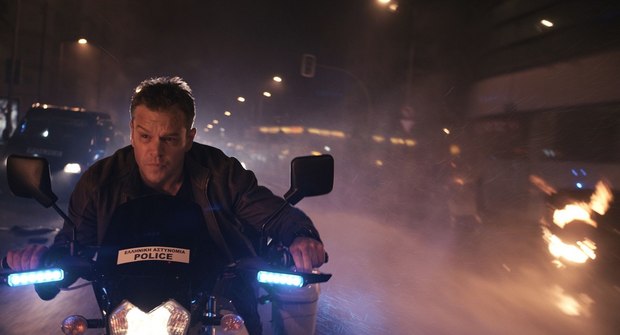 BOURNEMOUTH, UK -- Outpost VFX has completed a slice of the VFX on Universal’s Jason Bourne. Jason Borrne is the fifth installment of the Bourne film series and the direct sequel to The Bourne Ultimatum (2007). Directed by Paul Greengrass, Matt Damon reprises his role as former CIA assassin and psychogenic amnesiac Jason Bourne, trying to uncover hidden truths about his past.

This was a significant award for Outpost VFX and was the biggest feature they have worked on to date.

CEO Duncan McWilliam commented, “Bringing a little bit of Bourne to Bournemouth was hugely exciting for us and the beginning of Outpost being involved in tent pole movies.  This is another example of us proving that you don’t have to be in Soho to compete with the big boys!”

Outpost’s VFX Supervisor Marcin Kolendo and VFX Producer Gez Hixson and their team worked on a varied range of shots including, digital matte paintings and crowd replication for the Bourne Escapes sequence and the Vegas Chase sequence. For the Bourne Escapes sequence their task was to reduce and improve the quality of the blood on the side of Matt Damon’s face across a number of shots.

“As the shots were extremely close on one of the most recognizable faces in Hollywood the challenge was immense,” said VFX Supervisor Marcin Kolendo. “We had to rebuild parts of Matt Damon’s face using a mixture of photos and CG and then track them onto his face. The whole team worked hard and we are very pleased with the results.”

Outpost VFX currently has a record 7 film projects in house including iBoy (Wigwam Films) and Interlude in Prague (Stillking Films) and Final Score (The Fyzz Productions) as well as numerous commercial and VR projects.  In the past year the studio has worked on numerous film and commercial projects, recent credits include: Nocturnal Animals (Universal), 47 Metres Down (Dimension Films), Under the Shadow (Wigwam Films), Electricity (BFI).