Visual effects veteran has worked for some of the world’s biggest studios on major feature films including ‘Avengers: Infinity War,’ ‘Doctor Strange’ and ‘Star Trek.’ 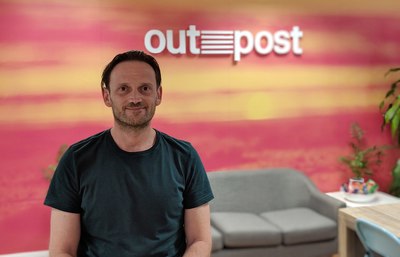 BOURNEMOUTH, UK -- Outpost VFX has announced that Maurizio Giglioli has been appointed Head of CG. Based in Bournemouth at Outpost VFX’s 80-seat facility, Maurizio will head up all CG delivery for film, broadcast and commercial projects, reporting in to Head of Production Gez Hixson.

“I am very excited to join the talented team at Outpost,” Giglioli said. “I have been looking to join a studio where I can really push myself and make a difference, and in Outpost I’ve found a relaxed and inspiring environment where I can feed my passion for film and exceptional visual effects.”

“We are incredibly excited to have Maurizio join us as Head of CG,” Hixson commented. “When we drew up a list of what makes the perfect Head of CG we found that Maurizio ticked all the boxes. His experience speaks for itself, having lead CG on a multitude of high-end visual effect shows. His knowledge, patience and leadership will transform our current CG offering and he will lead the charge as Outpost moves forward in the high-end TV and film markets, ensuring our CG output is up there with the very best in the industry.”

In a visual effects career that has spanned nearly 15 years, Maurizio has worked for some of the world’s biggest studios on major feature films including Avengers: Infinity War, Doctor Strange, A Monster Calls, John Carter and Star Trek, having lead CG internally for many of them. He joins Outpost following major awards in the high-end TV and feature film sectors that are ramping up significantly in the second half of 2018.