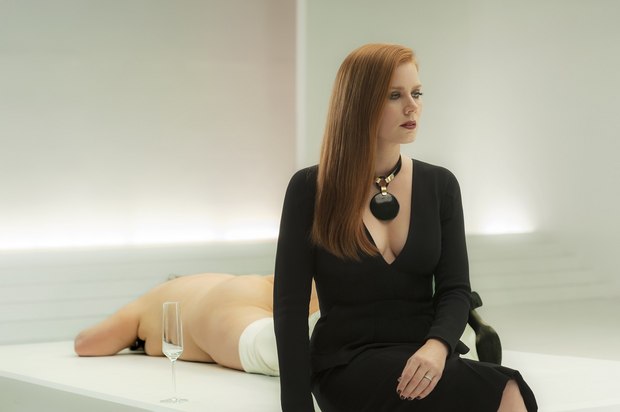 Premiering at the Venice Film Festival, where it won the Grand Jury Prize, Nocturnal Animals is Ford’s second feature and a distinct departure from his directorial debut, A Single Man, 2009. A dark tense physiological thriller based on the 1993 novel Tony and Susan, written by Austin Wright, the film features a superb cast including Jake Gyllenhaal, Amy Adams, Michael Shannon, and Aaron Taylor Johnson.

Outpost provided 200 VFX shots for this project, including a number of sequences where the story jumps back in time about 18 years, meaning the lead characters required extensive VFX beauty work to take them back to their early 20s.

Given’s Ford’s well known eye for detail and perfection the challenge was to strike the perfect balance between youthfulness and realism. Although the majority of the shots were full face close up’s the performances were in no way limited by VFX requirements during the shoot so the final shots are completely natural and beautiful. The technique used to create this took the VFX team back to their fine art roots.

CEO and Outpost supervisor on the project, Duncan McWilliam was aware from the beginning of the challenges faced by the team. “Each shot was an exercise in craftsmanship and subtlety, Tom Ford’s vision was that the beauty work looked absolutely real and in no way airbrushed or plastic,” McWilliam commented. “It was important to ensure perfect facial continuity across each differently lit scene and the talented VFX artists certainly achieved this.”

Principle photography lasted two months starting from October 2015 and post production was just four weeks from turnover so all 200 shots were delivered in a particularly tight turnaround. “This time frame is a huge undertaking for any facility, especially for this type of intricate photo realistic work,” McWilliam continued. “I think we can be very proud of what that we achieved, we were able to create subtle, realistic facial beauty and de-ageing shots that seamlessly blended into Tom Ford’s distinct vision. A testament to the dedication of what is a truly incredible team of artists!”

One of the industry’s most renowned Post Production Supervisor’s, Mark Harris, oversaw the post and commented, “The team at Outpost did a superb job on the VFX for Nocturnal Animals. The quality of work submitted was second to none and we look forward to working with the team again.”

The film has already screened at the Toronto International Film Festival and the BFI London Film Festival, and was released in the US December 9.

2016 has been an incredible year for Outpost, with noteworthy hires Gez Hixson (Head of Production) and Paul Francis (CTO), as well as expansion to double capacity and investment in infrastructure and technology.

In the past year alone the studio has provided VFX for an impressive slate of feature films including Jason Bourne (Universal), My Beautiful Broken Brain (Netflix), In The Deep, Under the Shadow (Wigwam Films, BAFTA nominated), iBoy (Wigwam Films) and are currently providing VFX on Salty (Salty Films), Final Score (Signature Entertainment) and Interlude in Prague (Stillking Films).