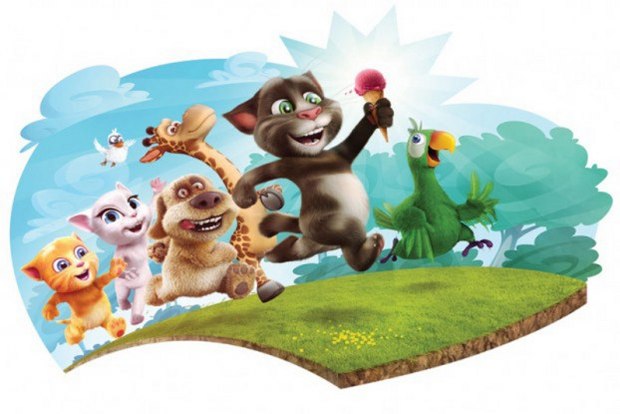 London -- Outfit7, the entertainment company behind the global phenomenon Talking Tom and Friends, is celebrating news that its flagship property has grown in popularity by a massive 35% in the last four months alone. The pop culture power brand now exceeds 230 million monthly active users – a fan base that continues to grow exponentially around the world.

Having surpassed 1.5 billion global downloads, with 500,000 subscribers to its YouTube channels and over 14 million fans engaging on Facebook, Talking Tom and Friends will be given life on the small screen as Outfit7 continues development on an all-new animated TV series.

The news comes as Outfit7 prepares to attend the annual Kidscreen Summit, taking place in New York from February 9th. The entertainment company intends to use the kids’ content event to continue to showcase the deep and universal appeal of its characters with tween audiences of boys and girls.

“The enormous success of Talking Tom and Friends is thanks to the brand’s characters and personalities, which resonate with people of all cultures, ages and demographics,” said Alessandro Traverso, COO, Outfit7. “Not only are we seeing a huge increase in downloads, but our brand awareness and consumer engagement continues to soar to record-breaking heights.

“Talking Tom and Friends is one of the only global brands to achieve download billionaire status, while also being strong in both entertainment and games. The development of our TV series demonstrates the global appetite for a property that is, at its core, true interactive entertainment,” continued Traverso.

Since debuting on global app stores in 2010 with the original Talking Tom app, the Talking Tom and Friends brand now comprises of a total of 14 apps featuring six unique characters. Outfit7 achieved global recognition when Talking Tom and Friends became the fastest growing entertainment app series of all time, a mere 19 months after its launch. The brand has now become a global entertainment phenomenon having infiltrated popular culture with its characters featured on ABC's Modern Family, NBC's Today Show and the 2013 White House Easter Roll to name but a few.

Now, a dominant player in entertainment, the Talking Tom and Friends mobile apps have permeated over 230 territories, having moved beyond second screen entertainment to chart-topping YouTube singles, an animated web series, innovative merchandise and the impending release of its first TV series.