More than 200 Concerned Oscar and Emmy-winning animators form coalition to create animated PSAs aimed at changing the discussion on immigration, healthcare and more jeopardized institutions in the wake of the presidential election. 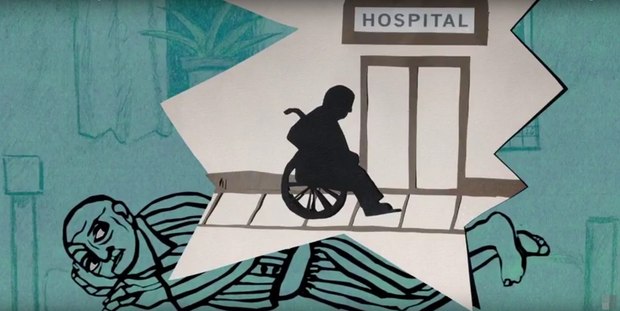 LOS ANGELES -- Our Next 4 Years, a new volunteer-run organization of concerned animation professionals formed in the wake of the election, released its first animated PSA on February 16 and has now come forth with a second spot, released just last week. The funny and informative spot -- Our Next 4 Years: Why Save the Affordable Care Act? -- illustrates the problems with repealing the Affordable Care Act and sets a non-partisan, entertaining and informative tone for the many PSAs Our Next 4 Years is producing. Future PSAs in production include ones on immigration, climate change, privacy protection and other constitutional issues.

While not affiliated with any particular company, the group’s members have worked at Disney, DreamWorks, Cartoon Network, Nickelodeon, and pretty much every other studio, big and small. The group’s members include Oscar, Emmy, Annie and Humanitas award winners and nominees. Eager to use the skills of its members to communicate the concerns of a population both worried and energized by the recent election, Our Next 4 Years is excited to showcase outstanding animation in the service of a reasoned, informative and entertaining take on issues important to Americans.

While the style of animation may vary from PSA to PSA, Our Next 4 Year’s approach will always be to stay positive, to deal in facts, and to move people to action. It’s a mission that is personal to group co-founder Mike Blum. “I’ve never been a particularly political person,” he says. “In fact, until last fall, the most political thing I had ever done was vote. And while I wasn’t particularly surprised by the result of the election, it hurt deeply. And I felt at a visceral level that the world had changed and that if we didn’t resist, the country was very likely to roll back seventy years of progressive gains.”

Critical to the mission of Our Next 4 Years is partnering with organizations that can help the group set priorities, focus its messaging, keep up to date on facts, and work to help distribute the PSAs as widely as possible. Currently, the group is affiliated with Action Group Network - brainchild of House of Cards creator Beau Willimon -- a nationwide network of action groups dedicated to moving the country progressively forward in the wake of a divisive election as well as RISE Stronger, which engages, educates, and empowers citizens to become active participants in democracy by marrying policy expertise with grassroots energy.

According to RISE Stronger founder and former White House Iraq Director at the National Security Council, Andy Kim, “RISE Stronger’s partnership with Our Next 4 Years brings together a wide network of policy experts with talented animators and storytellers to find new ways to educate, inform, and mobilize the American people on pressing issues facing our nation. This is the exact type of innovative and cross-cutting initiative that is needed to foster dialogue and action during this time of political uncertainty and concern. We hope people across this country will watch these videos, share them, and be inspired to act.”