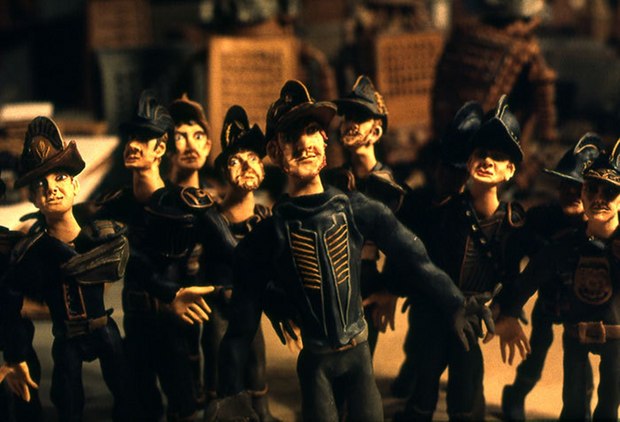 The retrospective works of Bruce Bickford (U.S.) and Michèle Cournoyer (Canada) are among the Festival’s highlight attractions this year. Both Bickford and Cournoyer will be in attendance to introduce and discuss their films with the audience.

Bickford, who achieved notoriety in the 1970s through his work with Frank Zappa, is best known for his bizarre and mesmerizing line and clay animations. The self-taught, enigmatic and esteemed animation pioneer -- once deemed “the world's greatest animator” -- has earned a worldwide following of animation aficionados enthralled by his ingenious, disturbing, lysergic, phantasmagorical, often violent, eye-popping, and mind-bogglingly unique work.

“Bickford's animations are incomparable and indescribable,” says Chris Robinson, the OIAF’s Artistic Director. “There is no one like him in animation.”

The presentation of Bruce Bickford: Wondering Boy Poet will take place on Thursday, September 17 at 7:00 p.m. and again on Friday, September 18, at 9:15 p.m. The retrospective includes the highly regarded and award-winning Prometheus’ Garden, which went on to be named the “Best Short Subject of 1988” by Seattle Times film critic John Hartl, and the decades-in-the-making CAS’L film of this year. Both presentations will be held at the National Gallery of Canada (380 Sussex Drive). Bickford will also lead an engaging masterclass on September 19 at 3:00 p.m. at the Arts Court Theatre (2 Daly Avenue).

The acclaimed work of Canadian filmmaker Michèle Cournoyer will also be featured as part of the OIAF’s special programming line-up.

“Personal conflict is often the central theme in the award-winning animator’s works,” says Robinson. “In her trademark black ink style and metamorphic choreography, Cournoyer’s surreal, tense and deeply personal films confront powerful subject matter ranging from alcoholism and sexual abuse to other violations of the mind and body.”

Tickets and festival passes are available online at www.animationfestival.ca. Admission starts at $13 for the general public, or $9 for children, seniors and members of the Canadian Film Institute.

For a complete list of special screenings at this year’s OIAF, visit animationfestival.ca or download the official OIAF app for all the latest updates and information.