After joining the animation house as its first intern, the ‘Inside Out’ and ‘Toy Story 4’ producer will now oversee all studio film and streaming content production. 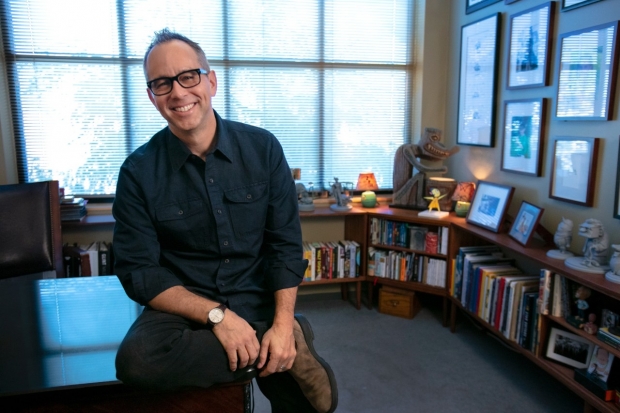 Jonas Rivera, Oscar-winning producer of Inside Out and Toy Story 4, was promoted to Pixar’s executive VP film production, according to The Hollywood Reporter and confirmed by the studio.   His new responsibilities include overseeing all studio film and streaming content production; producers, associate producers, and directors will now report to Rivera regarding operational issues.

In 2009 Rivera produced the Oscar nominated Up, which was followed by his Oscar-winning work producing Inside Out in 2015, and Toy Story 4 in 2020.  Among his numerous other awards, he was honored by the Producers Guild as Producer of the Year in Animated Features three times for his work on Up, Inside Out, and Toy Story 4.

Rivera also sits on Disney CEO Bob Chapek’s DE&I Council (Diversity, Equity, and Inclusion), a global group of senior leaders across the company, whose mission is to accelerate the company’s DEI progress, drive results, and advocate for creative solutions that support their business goals.

Rivera is currently overseeing the latest Pixar feature films Elemental, slated for June 16, 2023 as well as Elio and Inside Out 2, releasing in 2024.