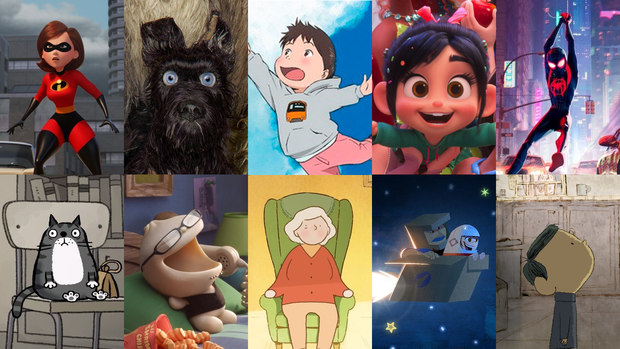 LOS ANGELES -- In the week leading up to the 91st Oscars, the Academy of Motion Picture Arts and Sciences will present a series of public programs celebrating this year’s nominees in the Animated Feature Film, Documentary Feature, Documentary Short Subject, Foreign Language Film, Makeup and Hairstyling, and Animated and Live Action Short Film categories. Events will be held at the Academy’s Samuel Goldwyn Theater in Beverly Hills.

Bloom produced and directed the live action short Overnight Sensation, which earned him an Oscar nomination. He founded his production company, BloomFilm, in 1987 after two decades in the entertainment industry. Sito, a professor at the USC School of Cinematic Arts, has worked on numerous films, including Who Framed Roger Rabbit, The Little Mermaid, Beauty and the Beast, Aladdin, The Lion King, Shrek, Osmosis Jones and Garfield.

The Best Animated Short nominees are:

Please note this event is sold out. There will be a stand-by line at the west doors of the building (nearest Almont Drive) on the evening of the program. Stand-by numbers will be given out at approximately 5 p.m. The number of stand-by tickets available (if any) will be determined shortly before the start of the event.

The Best Animated Feature nominees are:

Tickets are available online at Oscars.org. Tickets to the Shorts and Animated Features events are $5 for the general public and $3 for Academy members and students with a valid ID (Shorts limited to four per person). Doors open one hour prior to each event. All ticketed seating is unreserved.