Features from Japan, China, Korea, North America and Europe to be screened at the acclaimed festival. 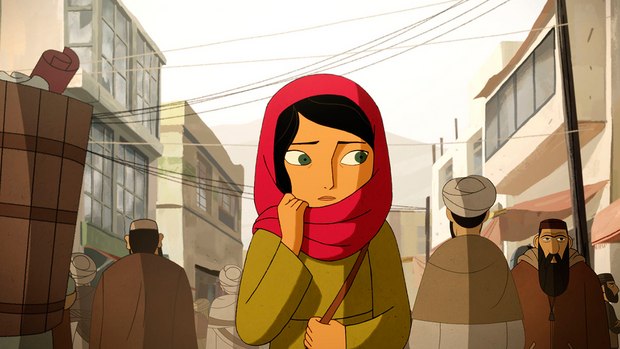 'The Breadwinner' will kick off the program of the 2018 edition of ANIMA: The Brussels Animation Film Festival.

BRUSSELS -- ANIMA: The Brussels Animation Film Festival has announced the schedule for its 2018 edition, running Feb. 9-18, and will kick off with a preview screening of The Breadwinner, an Oscar-nominee along with festival selections Coco, Ferdinand and Loving Vincent.

Among the highlights of the festival program are a selection of Japanese films, including: An adaptation of the cult manga Blame!, about a futuristic cyberpunk world; a comedy that follows the trials and tribulations of a young student out on a crazy night on the town in Night is Short, Walk on Girl; Annecy hit Lu Over the Wall; and finally the independent science fiction stop-motion feature Junk Head.

Closing the festival is The Shower, a delicate adaptation of the Korean literary classic, due to be screened in the presence of its director Jae-huun Ahn. The fest also has two features from China: Big Fish and Begonia, an epic tale from Chinese mythology; and Have a Nice Day, a dark comedy about gangsters looking for a stolen bag.

North America will be represented this year by Where it Floods, an independent production depicting a rural and isolated America that probes the very depths of the human soul.

Among the previews from Europe are Tehran Taboo, the first venture from director Ali Soozandeh, which  denounces the hypocrisy of an Iranian society where prostitution, drugs, corruption and religious prohibitions co-exist; the latest feature from Michel Ocelot, Ivan Tsarevitch and the Changing Princess or Un homme est mort, an adaptation of the comic book of the same name inspired by a film now lost by René Vautier, about the death of factory worker Édouard Mazé, during strike demonstrations in Brest.

The festival is also hosting a Belgian preview, in the shape of the Flemish production ZOOks, a rotoscoped film, which takes us into a world where nature is considered man's greatest enemy.

Guests at this year’s festival include: Michel Ocelot, who'll be here to present his latest feature in a work in progress session for Futuranima; Peter Lord will be bringing along the latest adventure from Aardman, Nick Park's Early Man, and also will share a few production secrets during a public meeting; Michael Dudok de Wit will be telling us about the magic of intuitive creativity that lead him to create The Red Turtle. New faces will include Carlo Vogele, who has spent some time at Pixar; Reza Riahi, artistic director on The Breadwinner; and Marion Montaigne, who is working on the feature Panique Organique.