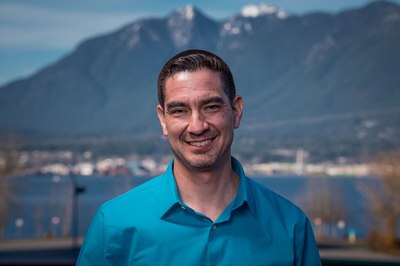 Industrial Light & Magic has announced that Academy Award-winning visual effects supervisor Eric Barba has joined the company’s Vancouver studio as creative director. In addition to supervising effects work, Barba will also provide creative oversight across all of the studio’s projects. He will work closely with ILM Vancouver’s executive in charge, Randal Shore, and collaborate with ILM’s global talent base.

“I’m very excited to have Eric join the Vancouver team,” Shore commented. “His reputation as a consummate professional and strategic problem solver precedes him, and he’s an ideal addition to the team as we continue to grow the studio and lead more projects out of Vancouver.”

Having served as chief creative officer of Digital Domain for the past two years, Barba has been a visual effects supervisor there since 1999. He supervised the visual effects on David Fincher’s Zodiac, The Girl with the Dragon Tattoo, Gone Girl and The Curious Case of Benjamin Button, for which he was honored with an Oscar and a BAFTA Film Award for Outstanding Visual Effects as well as two Visual Effects Society Awards. Eric has also worked closely with Joseph Kosinski supervising work on his films TRON: Legacy and Oblivion. Most recently Barba has been consulting on a number of feature projects.

“ILM is known throughout the industry for its deep bench of talent, and Eric’s addition not only adds to that bench but, more importantly, strengthens our offering to clients in Vancouver and around the world.” said ILM Head of Studio Sam Mercer.

Outside of his feature work, Barba has supervised effects work on dozens of commercials for the likes of Nike, Heineken and Microsoft Xbox/Epic Games and has directed ad campaigns for American Express, Cingular, Honda, Jaguar and Nike. His commercial work has been honored with eight AICP Awards and three gold and two bronze Clio Awards. He began his career as a digital artist on science fiction television programs at Steven Spielberg’s Amblin Imaging and is a graduate of Art Center College of Design. Barba is also a member of The Academy of Motion Picture Arts & Sciences.

“ILM has always been that company at the vanguard of visual effects,” Barba noted. “For me, being able to come here and work with so many people that I have looked up to, and to be given a role in which I can contribute, is simply astonishing. I look forward to doing my part to continue that legacy.”