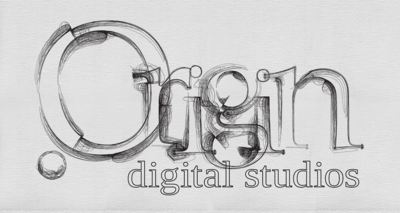 Burbank, CA -- Origin Digital Studios has been launched in Burbank as a new collective of veteran visual effects artists, producers and supervisors. The company has been designed to service the needs of high-profile television programs, commercials, feature films, and special venue presentations. Miami-based Lincoln Road Advisors, headed by Eric J. Bertrand, is the primary investment company behind Origin.

In addition to its Burbank headquarters, Origin Digital Studios also has studios in New York, NY, and Albuquerque, NM. The company expects to open additional studios in Atlanta, Georgia, during the coming year.

“Having enjoyed long-standing partnerships with studios, VFX Supervisors, and post production producers for many years, I, along with our newly assembled collective of veteran artists, producers and supervisors, have developed a unique culture,” said company president Mark Miller. “We have long been trained to help our clients efficiently manage visual storytelling, from concept to completion. Our experienced and award winning staff is available for a diverse range of new productions. Our Burbank studio is located in one of Fotokem’s production centers, which instantly allows us the ability to connect to their high speed networks which cross the country. With their nextLAB and Global Data technology, our clients can get plates to us simply and quickly, no matter where they are based. Our studio in New York is fiber connected to Fotokem’s network, to ease the transport of information to our Burbank location. The same will hold true for each of our future studio locations. These unique services allow us to do what most other mid-level VFX companies simply cannot.” “What makes Origin Digital Studios unique in a sea of mid-sized VFX companies in 2014? One reason is the fact that they have a strategic relationship with Fotokem - one of the last remaining, and highly respected independent, full-service post production companies in Los Angeles,” Bertrand adds. “Through this relationship, Origin has the advantage of not only providing top tier VFX work, but they can also offer all of the support services their clients need - from on-set dailies to final color. When a deal can be packaged that includes all needed services, the project can run much smoother, thus saving time and money for their clients.”

“Origin is an independent company, and their clients can pick only the services they need or want. The company is able to collectively collaborate on a workflow strategy that will result in significant savings to a diverse range of clients,” Bertrand said.

“VFX Supervisors want a company that has the top artistic talent supported by a bulletproof, fast and efficient pipeline,” says Jason Zimmerman, VFX Supervisor on the hit FOX TV series Sleepy Hollow. “They want a VFX company that works with them and the production to create the best possible product. Collaboration is key and Origin Digital Studios is now the place. Working with Origin allows me the freedom to interact directly with my team and to collaborate directly with numerous digital artists I’ve worked with for many years. This type of talent is hard to find all in one place, but I’m fortunate enough to now be working through Origin on ‘Sleepy Hollow’ with many top artists.

Prior to forming Origin, Mark Miller was GM for three years with Pixomondo. There, he was involved with visual effects production on a number of hit TV series, including: DaVinci’s Demons, Terra Nova, The Mindy Project, Sleepy Hollow, Devious Maids, Community, Game of Thrones, Hawaii Five-O, and Grimm.  During his tenure with Pixomondo, he also produced VFX for such feature films as Spring Breakers and A Good Day to Die Hard.

Earlier, for nearly a decade, Miller was Co-Founder and President of Hollywood-based Eden FX, overseeing VFX production for numerous high-profile TV shows and feature films. These included: Star Trek: The Next Generation, Star Trek: Deep Space Nine, Star Trek: Voyager and Star Trek: Enterprise, as well as such other projects as LOST, Hellboy, Across The Universe, Nim’s Island, Superman, and The Road.

Miller is a founding member of the Visual Effects Society, and a member of the Academy of Television Arts and Sciences. He is also a past member of SMPTE, and was Emmy Award nominated for his work on the CBS series On the Air for Technical Direction and Camera Work. He was also Emmy Award nominated for Best Visual Effects for his work on the two Star Trek: Enterprise episodes: “Broken Bow” and “Countdown.”