LOS ANGELES -- LA-based stop motion animation studio, Open The Portal (OTP), announced the opening of their new audiovisual production facility along with the launch of a website that showcases their newest work, serving as a portal into their handmade universe.

Located in a built-out airplane hangar rife with puppets, costumes, a collection of clocks and an in-house library of “misfit” videos, books, and toys, the studio more closely resembles an adult version of "Pee Wee’s Playhouse" than a film production facility.

Conceived by a group of friends who claim to be acting under the influence of a white-haired, life-sized puppet named Hesper, Open The Portal was born of the urge to create freely without any outside restraints. The close-knit team was founded by CalArts Experimental Animation alumnus David Braun, Art Center Photography grad Micah Cordy, and sound artist Barrett Slagle, beginning as a DIY operation in the backyards, garages, and abandoned factories of Southern California. OTP recently added three new permanent members in the form of Family Guy alum Jason Milov, CalArts master grad George Metaxas and CalArts MFA graduate QuiQue Rivera, along with an impressive list of ongoing collaborators.

After cutting their teeth on projects for FOX TV Animation, Shadowmachine, Stoopid Buddy Stoodios, and others, the team spent most of 2015 working independently on projects for clients ranging from Katy Perry to Honda to Sony Music. In the works for 2016 are a live action/animation hybrid rap video, two new Honda spots, and a pilot for a surreal science fiction series that the group plans to have in production by the end of the year.

“We live in an incredible time for animation,” says Braun, “Through the internet many people are rediscovering hidden treasures of the past, and the influence it’s had on this new generation of animators is producing beautiful work. Our goal is to honor that tradition while bringing something totally fresh and weird to the table.”

Braun points to early animators such as the Fleischer Brothers and Chuck Jones as primary influences behind the studio, along with auteurs Winsor McCay and Norman McLaren. “We love the idea of being a studio that creates everything you see and hear from the ground up. When you see the Open The Portal logo, you know that every sound, image, and idea was designed and created by us.” 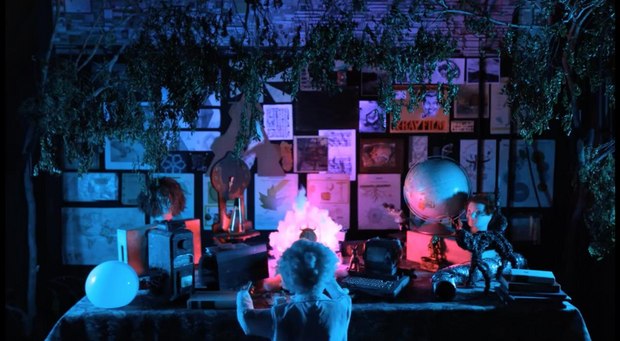