Women in Animation’s president addresses the U.S. Supreme Court’s ruling to overturn Roe v Wade with a call on membership to come ‘Together in Resistance.’ 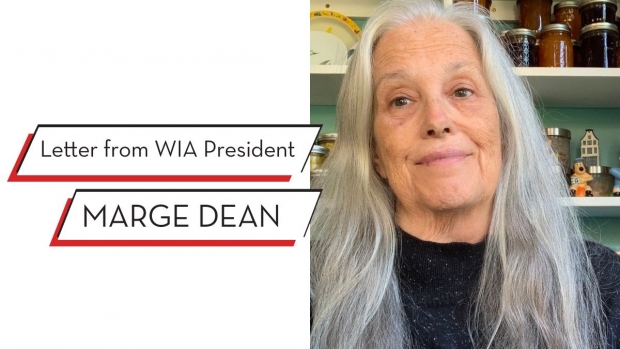 Marge Dean, president of Women in Animation, has sent out an open letter to the community, addressing the U.S. Supreme Court’s ruling last week that overturned Roe v Wade, a controversial ruling that is an affront to personal freedoms and a direct hit on the basic human rights of half the country’s population.

In her message, Dean asserts that WIA exists to “amplify the voices of women, trans, and nonbinary people.” While she concedes that WIA is not a “reproductive justice organization,” she suggests that the “WIA community” is a way to connect and channel “energy towards gender justice.” She also shared links to organizations that do have “deep expertise” in this area.

Now more than ever, these groups need the support of all those concerned to deal with the immediate and unforeseen consequences of the court’s decision.

The full text of Dean’s letter is as follows:

After the birth of my second child, I knew that I didn’t want to have any more children. I had my tubes tied voluntarily. After the procedure, my soon-to-be-ex-husband and I got into an argument and he yelled at me, “You are now no different than a man!” I felt the verbal smack, but out of nowhere I replied, “You’re damn right!” I felt such a sense of freedom and power because the threat of pregnancy was lifted for me. And although there were many more hurdles to get over to be where I wanted to be in my career, I knew pregnancy was a fundamental point of vulnerability that was gone forever. Being able to control whether or not I would bear a child was completely empowering. At that moment, I believed that anything was possible for me.

The undoing of Roe v Wade by the U.S. Supreme Court is a direct attack on that freedom and power for American women and anyone who can get pregnant. As Ruth Bader Ginsburg said, “The decision whether or not to bear a child is central to a woman’s life, to her dignity. It’s a decision that she must make for herself. When the government controls that decision for her, then she is being treated as less than a fully adult human responsible for her own choices.”

Control of reproduction has been a battleground forever, all around the world. Centuries ago, ruling power was driven by having adequate heirs, survival depended on having enough family members to keep things afloat, entire economies depend on a growing workforce, and so forth. Likewise, entire generations of people deemed undesirable have been wiped out due to the horrid practice of forced sterilization. The control of reproduction is a struggle that is at the core of who we are as humans.

But this is not just about babies or the right to life. This is about control of one of the greatest powers that over half the population has: the ability to reproduce. And until recently, this has been the primary value that women have had to society. We’ve come a long way in a relatively short time, and the Supreme Court action last week has now swiftly undone that work in the United States while setting the stage for similar actions in other parts of the world.

However, this is not just about reproduction. The decision has a much bigger context. Justice Clarence Thomas, in his concurrence, specifically states that there are no liberty issues covered by the 14th amendment. This puts into jeopardy other interpersonal and private liberties that we’ve had such as the right to contraceptives, the legality of homosexuality, the right to a legal marriage regardless of sexual orientation, and even the right of interracial couples to exist.

If this feels like a personal attack, that’s because it is, at a very deep level. It’s personal for all of us, not just those who are in their childbearing years. We must realize that Roe v Wade was dismantled by an organized, committed, anti-civil rights movement that is campaigning around the country (and around the world) to take back the rights that previous generations have fought so hard to attain. Again, it’s about more than just reproductive rights. They are systematically working to take the vote away from millions of Black & Brown Americans, end gay marriage, and suppress other hard-won basic rights. To combat this movement, we must be more strongly organized and committed to holding on to the rights that we’ve inherited from the generations who went before us. Every single one of us who has any amount of time, energy and passion needs to join a local group (or start a group if it doesn’t already exist) and work together to protect the most vulnerable in our community, especially realizing that those facing socio-economic challenges will be the hardest hit in this wave of rights suppression. We need to become an even stronger COUNTERMOVEMENT because it’s the most effective way for most of us to exert power and influence. What can YOU make happen in the place that you live and work? How can YOU effectively make things better for your community?  How can YOU make sure things don’t get any worse?

While WIA is not a reproductive justice organization, we stand shoulder to shoulder with those organizations that have deep expertise in this realm, such as:

I encourage each of you to find a way to support these and other reproductive justice organizations whether by donating or volunteering. We've also created a list of resources for additional organizations, abortion services, and mental health services.

The easy part in all of this, in some ways, is that it doesn’t matter what you choose to do.  Anything you choose will be part of the movement and will work against future backsliding.  Social change comes from people banding together to make things happen. It’s not as hard as you think it is, especially if you’re part of a team.

Please recognize that this back-step is a big one, and we all need to act now to stop it from getting worse and spreading around the world. Taking action will help with your fears, anxiety, and anger that can at times be overwhelming, and it will actually make a difference in the forward movement of our lives, I promise.