‘Only Yesterday’ and ‘The Tale of The Princess Kaguya’ Coming Home 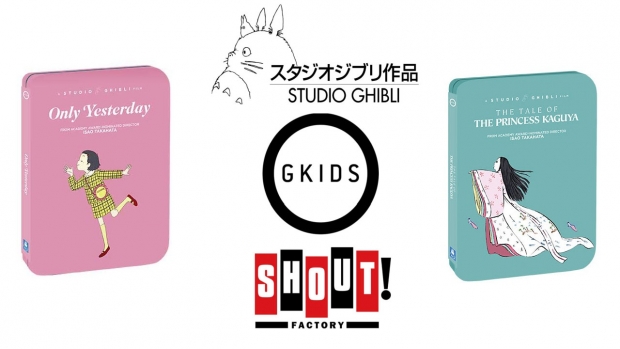 From GKIDS and the Studio Ghibli library of films, Only Yesterday and The Tale of The Princess Kaguya coming to limited edition Steelbook packaging on April 19, 2022. Distributed by Shout! Factory, each Blu-ray & DVD combo pack includes hours of bonus features and a booklet with stunning art, as well as statements from the filmmakers.

Only Yesterday and The Tale of The Princess Kaguya join Earwig and the Witch; The Wind Rises; Secret World of Arrietty; Porco Rosso; From Up on Poppy Hill; The Cat Returns; Whisper of the Heart; Spirited Away; Castle in the Sky; Kiki’s Delivery Service; Nausicaä of the Valley of the Wind; My Neighbor Totoro, Princess Mononoke; Howl’s Moving Castle; and Ponyo in a series of SteelBook releases from the Studio Ghibli collection of films.

From Academy Award-nominated director Isao Takahata and producer Hayao Miyazaki, the film follows 27-year-old Taeko. Having lived her whole life in the city she decides to visit her relatives in the countryside. As she travels, memories of her youth resurface, and after meeting young farmer Toshio, she wonders if she’s been true to the dreams of her childhood self.

The Tale of The Princess Kaguya (also directed by Takahata)

Found inside a shining stalk of bamboo by an old bamboo cutter and his wife, a tiny girl grows rapidly into an exquisite young lady. The mysterious young princess enthralls all who encounter her – but ultimately, she must confront her fate and embark on a transformative journey.

Distributed by Shout! Factory, Only Yesterday will be available as a Blu-ray & DVD combo pack, and The Tale of The Princess Kaguya as a 1 DVD / 2 Blu-ray package.