Theo Demiris and his team created a variety of Italian environments, from marshland to an Army base, while in lockdown, for Academy Award-nominated Luca Guadagnino’s series about two American kids living at a U.S. military base in Italy. 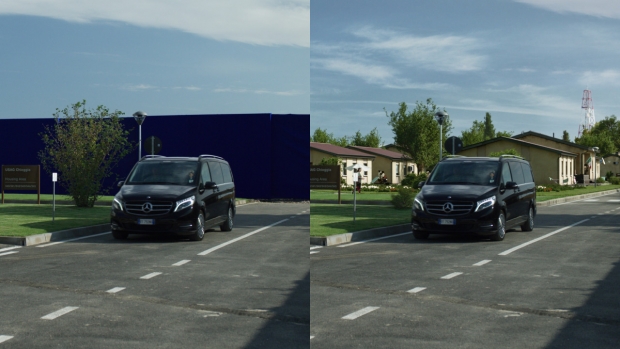 London-based VFX house, One of Us, recently delivered around 400 visual effect shots for the new HBO/Sky series, We Are Who We Are, from Academy Award-nominated Luca Guadagnino. The series tells the story of two American kids who live on a U.S. military base in Italy. The show explores friendship, first-love, identity, and immerses the audience in all the messy exhilaration and anguish of being a teenager.

Working on all eight episodes of this beautiful auteur-driven series, the One of Us team was led by Theo Demiris; most of the visual effect shots dealt with the environment of the base and the surrounding Veneto marshland. Extending the limited set of buildings on location required the use of CG architecture, roads, street furniture, trees, and plants. Guadagnino, who was incredibly detailed as to the nuances of urban design, only signed off on extensions when the street plans had what he termed “architectural movement” - the sense of a lived space.

Seasonal adjustments to trees, skies and weather were also required. This type of visual effects work, while seemingly invisible, is integral to the storytelling. The audience sees the juxtaposition of the regimented artificiality of the American military base enclosed by the wild beauty of the Italian countryside echoing the contrast between the order of military life and the turmoil of teenage emotions. Under the leadership of Demiris and his wingman, Jacopo Landi, the One of Us team was successful in producing high quality VFX work while working safely under the constraints of the COVID-19 lockdown.

We Are Who We Are, is an HBO-Sky co-production; Guadagnino was showrunner, executive producer, writer, and director. Lorenzo Mieli executive produced for The Apartment and Mario Gianani for Wildside, both Fremantle companies, with Small Forward, alongside Guadagnino, Elena Recchia, Nick Hall, Sean Conway, and Francesco Melzi d’Eril; Paolo Giordano and Francesca Manieri wrote alongside Guadagnino. The International Distributor is Fremantle.