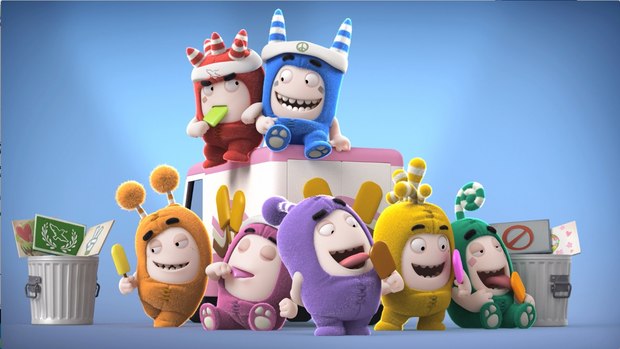 Starting Monday, Netflix will be streaming the long-form version of the globally successful animated TV comedy series, Oddbods, with a worldwide rollout that will delight fans both old and new.

Produced by Singapore-based CG animation studio One Animation, Oddbods follows the antics of seven hilarious characters -- Zee, Fuse, Bubbles, Slick, Pogo, Jeff and Newt -- as they cope with everyday antics, playing pranks on one another and driving each other crazy. Each character has their own specific personality traits -- such as Fuse’s legendary bad temper and Jeff’s meticulous attention to detail -- which have made them a huge hit with young kids and “not-so-young” kids alike, garnering a global audience across all age ranges.

It is so popular that a collection of Oddbods “shorts” has already pulled in nearly two billion views on social media, acquiring a massive online fan base along the way, while also broadcasting in more than 100 countries.

Season One of Oddbods is currently available on Netflix in North America, Latin America, Europe, Middle East, Africa, Australia and New Zealand. Season Two will start streaming in all territories around the world later this summer.