One Animation's 'Insectibles' Headed to Latin America and France

CG-animated children’s series produced in Singapore picked up by Discovery Kids Latin America and Canal Plus in France. 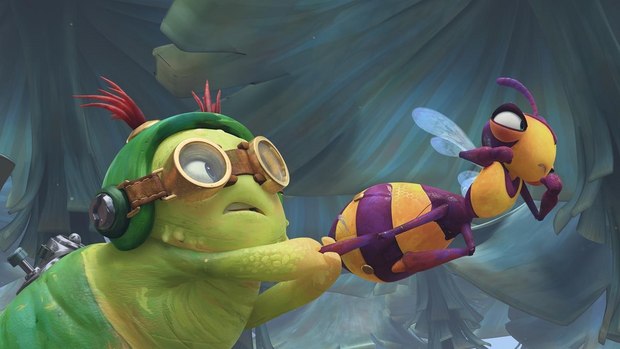 SINGAPORE -- Singapore-based CG animation studio One Animation has announced that its 3D comedy series Insectibles has been bought by Discovery Kids Latin America, and also by Canal Plus to screen on its dedicated French kids channels, Teletoon+ and Canal+Family. The full HD animated adventure series will be following in the footsteps of its award-winning sister production Oddbods now airing in countries across the world.

“Each episode of Insectibles takes kids on a whirlwind adventure around an oversized backyard world where the tiniest insects are now the biggest enemies,” said One Animation CEO Sashim Parmanand in commenting on the deals. “Our writers and creatives have managed to create characters where the heroes are heroic, the baddies are really bad, and everyone is very funny. Our mantra at One Animation is to draw in our audiences using highly imaginative and engaging stories with compelling characters, so that kids almost forget they’re watching animation. Of course our technology is also a major factor in making this possible, and bringing everything to life to a standard people are more used to seeing in cinemas than on TV screens.”

Aimed at children ages 6 to 9 years old, the series follows the adventures of a young boy Zak, a crazy old man called Gramps, and three bio-mechanically enhanced insects as they search to find pieces of the “Shrinkinator” -- the crazy invention that shrunk the show’s heroes before exploding during a failed testing phase.  All the while they must evade the clutches of a maniacal Mosquito, her devious daughter, and a whole host of evil underlings.

“Insectibles TV series proposes a clever mix of original adventures, in a fantasy world, with some consistent comedy ingredients,” said Canal Plus senior acquisitions executive David Bessières. “The quality of the animation and the gallery of original characters greatly appeal to our audience on both Canal+Family and Teletoon+.”