Halloween-themed special ‘Party Monsters’ and Christmas themed ‘The Festive Menace’ will air on Disney XD, Disney Junior and in Disney Now; Season 3 of the animated series was recently shortlisted for an International Emmy Kids Award. 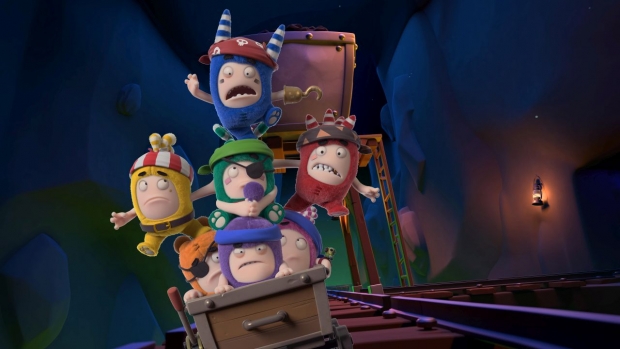 One Animation has secured a deal with Disney Channeld US for a package of long-form seasonal specials and shorts of the popular comedy series Oddbods to air across Disney XD, Disney Junior and on DisneyNOW. This deal builds upon Disney Channel US’ previous acquisition of Season 1 of Oddbods short-form episodes (40 x 1’), which first debuted on Disney XD in 2015; the series has also recently been nominated for its third International Emmy Kids Award, with Season 3 of the show being shortlisted under the ‘Kids Animation’ category.

“We are very excited this package of Oddbods seasonal content has found a home on Disney XD and Disney Junior in the US,” noted Michele Schofield, SVP, Content Distribution at One Animation. “Each of these episodes and shorts is brimming with the humor and charming adventures Oddbods fans know and love, and we look forward to bringing some seasonal magic to viewers over Halloween and Christmas with these dedicated specials and shorts.”