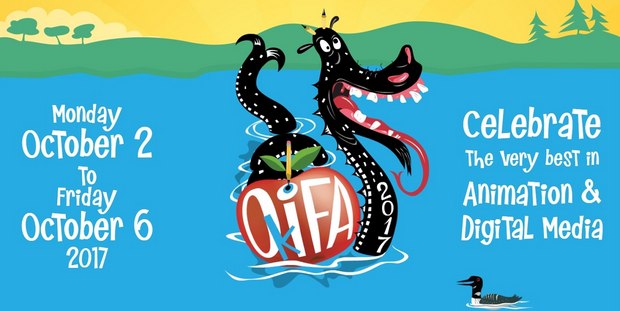 KELOWNA, BC – The Okanagan International Festival of Animation (OkIFA) is an annual five-day animation and digital media festival, market and conference set to launch from October 2 – 6, 2017, in Kelowna, British Columbia. This event will offer animated and digital media screenings that include independent and larger budget productions, blockbusters, commissioned and non-commissioned films, and student work. These screenings will be interwoven with a range of events including opening and closing galas; an awards ceremony; a Nuit Blanche where the cultural hub of Kelowna will be lit up from dusk to the early morning, offering our visitors a unique glimpse of Kelowna’s diverse cultural section in its beautiful urban core; a career day where aspiring animators and artists can have face time with world-class animation schools, studio recruiters and industry professionals; and an animation marketplace.

“Danny’s remarkable body of work from the Lupo the Butcher film to MTV’s The Brothers Grunt to Cartoon Network’s Ed, Edd n Eddy have inspired countless artists and entertained millions,” commented Executive Director Anne Denman. “We’re thrilled that he is working with us to help make this a first-rate animation and digital media event that will attract industry professionals and fans from around the world.”

Set for its inaugural event, from October 2 – 6, 2017, the Okanagan International Festival of Animation will celebrate the many forms of animation and digital media from around the world, with a special focus on Canada and the U.S.