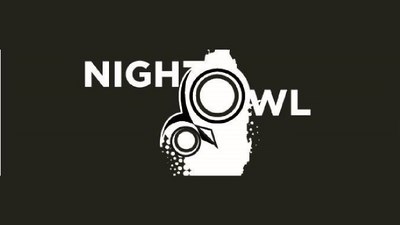 OTTAWA, ON -- The Ottawa International Animation Festival (OIAF), North America’s leading animation film festival, will be presenting Nightowl, an interactive, multi-level rager in celebration of the Festival’s 40th Anniversary. On Saturday, September 24, 2016 the OIAF will take over 50 Sussex Drive for a night of music, food, sci-fi, art, animation, cosplay, robots and more!

In the NIGHTOWL DISCO ROOM, Cybertronic Spree, sponsored by Guru Studio, gets things going at 9:30PM. An over-the-top hair metal band, the Cybertronic Spree rolls out classic tunes while dressed like your favorite TV space robots from the 80s. At 11:30PM, DJ Skid Vicious takes over to kick start a late-night dance party.

Need to kick off your dancing shoes? Sketch and chill in the Shaw Rocket Fun(D) Room where Cosplayers will be posing for short life-drawing sessions all night. Don’t forget to bring your gear – pencils, wigs, or otherwise.

The NIGHTOWL Arcade and Invest Ottawa host some of the newest games coming out of Ottawa from Gigataur, Magmic and Brinx. The Arcade is also the spot for BOOGIE DOODLE! Using Lines, the never-before-seen program by Simon Drouin, the National Film Board of Canada invites artists, students, fans and friends to jump into an animation improve – don’t miss out on the chance to animate alongside of some of the best artists in the world!

When all that dancing, drawing and gaming works up an appetite, you can head out to the gourmet food trucks to grab a bite. Seed to Sausage and Dash Mobile Cookery will be on site to provide the tastiest ethically raised meats and other local treats.

NIGHTOWL runs from 8PM – 2AM on Saturday September 24, inside and outside of the former Canada and the World Pavilion (and former home of the NFB!) at 50 Sussex. Tickets are $15 online or at the door and free for all TAC Anima, Anima, Saturday, and Weekend Passholders! It’s also all ages (ID required to purchase alcohol). A free shuttle service will run from Saint Brigid’s Centre for the Arts and the Arts Court out to NIGHTOWL from 7:30PM – 2AM.

More information, including details on how to buy tickets/passes, and venue information is available here.