Ninth season currently in production will be the final season for the Emmy and Peabody Award-winning animated series featuring Finn the Human and Jake the Dog. 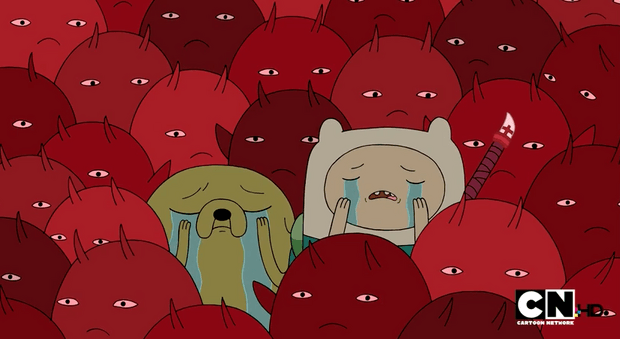 Cartoon Network has confirmed via press release that its award winning hit series, Adventure Time, is set to end in 2018. The ninth season, which is currently in production, will be the last, while other special episodes will be released in 2018.

One of Cartoon Network’s most popular programs, Adventure Time originally premiered in 2007. The Emmy and Peabody Award-winning animated series created by Pendleton Ward and co-produced by Cartoon Network Studios and Frederator is set to premiere its eighth season later this year.

“Adventure Time was a passion project for the people on the crew who poured their heart into the art and stories,” Ward commented in the release. “We tried to put into every episode something genuine and telling from our lives, and make a show that was personal to us, and that had jokes too! I’m really happy that it connected with an audience for so long. It’s a special thing, I think.”

“Adventure Time changed the definition of what a kids’ TV series could be, and it’s had a resounding impact upon popular culture around the world,” said CN chief creative officer Rob Sorcher. “Cartoon Network Studios is proud to have brought together this group of brilliant artists and animators who helped make Adventure Time one of the most critically acclaimed TV series of a generation.”

For those of you who haven’t yet watched the series, here’s what it’s all about, and we sincerely urge you to give it a try:

In Adventure Time, a boy named Finn (voiced by Jeremy Shada) and his adoptive brother Jake (John DiMaggio), a wise, shapeshifting dog, are best friends who set out on a series of wondrous adventures in the post-apocalyptic land of Ooo. The Land of Ooo, which is a mystical place filled with mountains, forests, winding rivers and cities, is home to several strange and unique characters. Throughout their captivating adventures, Finn and Jake encounter several of Ooo’s most extraordinary inhabitants, including Princess Bubblegum, The Ice King, Flame Princess, Lumpy Space Princess and Marceline the Vampire Queen. Their exciting journeys together through this whimsical landscape serve as the plot of the hit animated series.

As any fan of the series knows, there’s a lot, lot, lot more to it than that, but we’re just too sad right now to get into all of it. This Buzzfeed listicle pretty much sums things up…