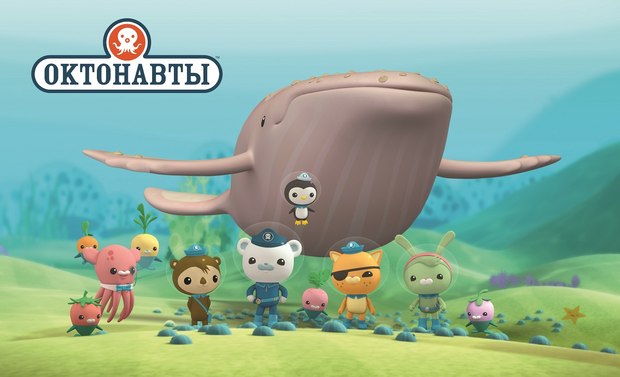 LONDON -- Silvergate Media (Silvergate), an international TV production and licensing company focused on pre-school children’s entertainment based in London and New York, has announced that it has renewed its broadcast agreement with CTC, a leading Russian broadcasting channel for Octonauts, its undersea preschool adventure property. Meanwhile, Octonauts is also airing daily on number one kids’ channel in Russia, Karusel.

The Octonauts are a team of adventurers who explore the world's oceans, rescue aquatic creatures and protect their habitats, from the rainforests of the Amazon to the deepest depths of the Midnight Zone. Captain Barnacles Bear, ex-pirate Kwazii Cat, medic Peso Penguin and the rest of the crew fearlessly dive into action, deploying a fleet of aquatic vehicles, including their Octopus-shaped home-base, the Octopod.

In September, Fisher Price will launch Octonauts toys across all key retail channels nationwide, supported by a full TV advertising campaign. Silvergate’s agent, Megalicense are negotiating publishing and merchandising deals in support of the Autumn 2016 toy launch. Octonauts has already proved very popular with kids in Russia, with YouTube views exceeding 10 million views per month. One YouTube video featuring the “unboxing” of the Octopod toy attracted 1.5 million views in one month.

Ron Allen, SVP Commercial, Silvergate commented, “Russia is an important new market for Octonauts and we are delighted to have CTC and Karusel as our partners. Retailers’ response to the toy launch has been excellent, and we look forward to Octonauts being a leading pre-school property in Russia.”

Now in its fourth season, Octonauts is aired in over 100 countries across the world, including on Disney Channel (USA), CBeebies (UK), ABC (Australia), TF1 (France), Super RTL (Germany) and   China Central TV (CCTV). Since 2011, the brand has emerged as a leading preschool property in the United States, UK, Europe, Australia, Korea, and has recently successfully launched in China.