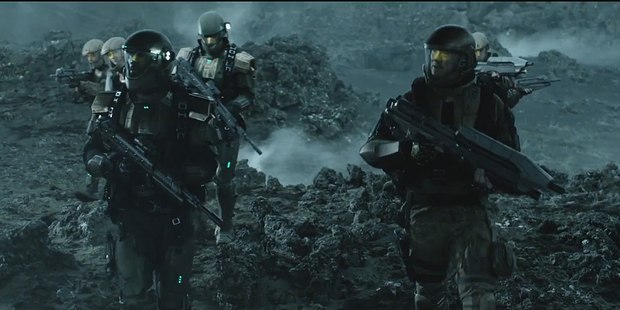 Halo: Nightfall will connect the stories between Halo 4 and Halo 5: Guardians and will have narrative connections to Halo: The Television Series. The story follows the origin of legendary man hunter Jameson Locke (Mike Colter) and his team as they are caught in a horrific terrorist attack while investigating terrorist activity on the distant colony world of Sedra.

One key shot involved a staggering 150,000 CG worms that have the power to work as individuals or band together en masse to attack.

“It’s been enormously exciting to be part of a Ridley Scott’s first a venture into the world of video games and work on this type of digital entertainment content,” commented Nvizible managing director Kris Wright. “Hugh, along with his team, have worked incredibly hard to produced great VFX and the results speak for themselves.”

Halo: Nightfall -- released on a weekly basis starting November 11th -- will be viewable as streaming video through Halo: The Master Chief Collection and the Halo Channel.