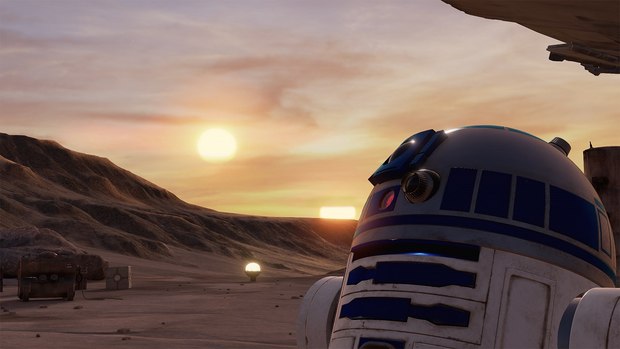 When creating content for the new medium of virtual reality, ILMxLAB has found it helps to have the Force -- and NVIDIA GPUs -- on your side.

That’s in addition to the work they’re doing to create third-party VR experiences using ILM’s traditional visual effects pipeline in combination with real-time rendering. Plus, xLAB continues to experiment with new technologies using its own material.

Combining the talents of Lucasfilm’s Story Group, Industrial Light & Magic and Skywalker Sound, ILMxLAB is a new laboratory for immersive entertainment. ILMxLAB was launched last June after a powerful internal demonstration showed what immersive storytelling could be like. Moving forward, ILMxLAB will develop, produce and release premium, story-based immersive experiences for the home, theater and public venues. ILMxLAB’s stated goal is to enable to people “to step inside our stories.”

“As we cloud-streamed a movie to a tablet, the black bars around the movie disappeared and the viewer was suddenly immersed into an entirely interactive CG world,” says Latta. “It was an example of where VR was heading and how we could find new opportunities for storytelling and engaging the fans of our own stories.”

ILMxLAB aims to reinvent the way stories are told and experienced using new media platforms like cinematic-quality VR and the latest in computer graphics. NVIDIA Quadro GPUs and VRWorks software are two keys to its success.

Bringing the Star Wars universe to VR with the Star Wars: Trials on Tatooine VR experience, now available on SteamVR, helped ILMxLAB experiment with what storytelling in VR looks like.

“There is a fine line between a VR video game and an interactive cinematic experience that engages users in the story,” says Latta. “We want engagement with the story and the world it plays in, but less of the competitive nature of a video game. Trials on Tatooine was our first step in creating something meaningful.”

Latta will discuss the technologies behind cinematic VR in the NVIDIA Theater (booth 509) at SIGGRAPH, July 24-28. He’ll talk about how to repurpose offline rendered movie-quality assets for real-time rendering in the sub-11 milliseconds per frame necessary for VR -- and some of the lessons he learned along the way.

In the meantime, ILMxLAB continues to create the most immersive VR experiences. “We’re experimenting with using four to eight NVIDIA graphics cards working together for rendering,” Latta says. “We’re also closing the gap between creating movie assets and VR assets with an eye towards continually increasing frame rates.”

Check out more VR-related talks at SIGGRAPH from Jaunt VR, Epic, Sony Imageworks and others. See the full schedule here, and follow the show happenings at #SIGGRAPH2016.