First introduced in March 2014 at the GPU Technology Conference as "Iray VCA," NVIDIA VCA dramatically accelerates ray tracing, enabling users to interact with computer models of such high visual fidelity that it can eliminate the need for 3D physical prototypes. 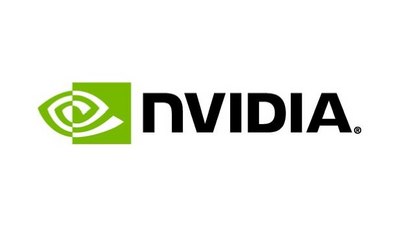 VANCOUVER, BC -- NVIDIA has announced that its Visual Computing Appliance, known as the NVIDIA VCA, is now shipping. NVIDIA VCA dramatically accelerates ray tracing, enabling users to interact with computer models of such high visual fidelity that it can eliminate the need for 3D physical prototypes. Engineered and built by NVIDIA, the appliance was first introduced in March 2014 at the GPU Technology Conference as "Iray VCA." The NVIDIA Visual Computing Appliance has been renamed to reflect its expanded industry support for GPU rendering across multiple applications. In addition to native support of NVIDIA Iray, Chaos Group is supporting V-Ray RT on VCA for Autodesk 3ds Max, with Autodesk Maya, McNeel Rhino, and Trimble SketchUp for later in the year. Dassault Systemes 3DXCITE Bunkspeed support is also scheduled for later this year.

NVIDIA VCA is a scalable, network-attached GPU rendering appliance with eight high-end NVIDIA GPUs. It is designed to do just one thing: provide designers and artists with the fastest and easiest way to create photorealistic images of their creations. It's so fast that designers can interact with their models or scenes in real-time rather than waiting minutes or even hours for rendered images to come back. This means that designers can study the play of light and reflection from their designs and catch flaws like glare on the interior windshield of a digital car model or see how the lobby of a proposed office building will look at different times of day.

"The NVIDIA VCA was a stunning visual experience for all of us," said Guillaume Shan, Renault Design Digital Visualization. "It brings the first cluster rendering capability to Iray for Maya, delivering a fully interactive photorealistic session. Simulating reality is already in the Iray 'genes,' but the VCA unleashed the power of Iray -- bringing life to our designs."

"We were able to render our new project, the short film CONSTRUCT, in 4K, stereoscopic at 60 FPS in a very short time," said filmmaker Kevin Margo. "A frame that took over 9 hours on a multi-core CPU took just 14 minutes on a single VCA."

"As an early adopter of NVIDIA Iray, Bunkspeed has always relied on delivering uncompromising performance and quality in its tools for the 3D visualization community. In tune with pushing the boundaries of real-time rendering, we were once again proud to be among the first to expose connectivity with NVIDIA VCA in several successful early trials. We take great pride in announcing general availability of Bunkspeed products due in late 2014 that will fully leverage NVIDIA VCA. Get ready to embrace the absolute easiest, fastest and highest quality visualization experience," said David Randle, General Manager, Dassault Systemes 3DXCITE/Bunkspeed.

The NVIDIA VCA is available through NVIDIA’s global VAR network of certified system integrators, including CADnetwork, Fluidyna, IGI and migenius. Pricing is $50,000 in North America, and includes an Iray license and the first year of maintenance and updates