Groundbreaking simulation and collaboration platform introduces Blender and Adobe integrations that will open up system to millions of additional users. 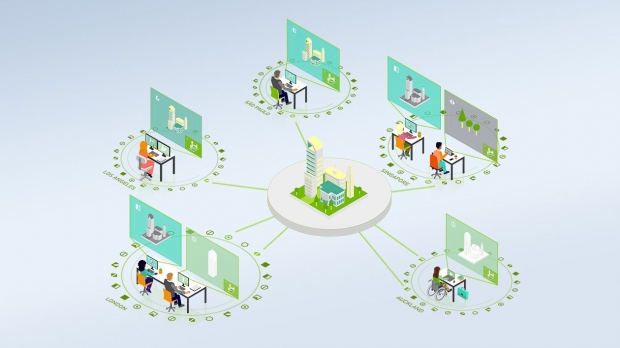 NVIDIA has just announced a major expansion of NVIDIA Omniverse - the world’s first simulation and collaboration platform that is delivering the foundation of the metaverse - through new integrations with Blender and Adobe that will open the innovative system up to millions more users.

NVIDIA Omniverse makes it possible for designers, artists, and reviewers to work together from anywhere in real-time across leading software applications in a shared virtual world. Professionals at over 500 companies, including South Park, SHoP Architects, and Lockheed Martin, are evaluating the platform.

Since the launch of its open beta in December, Omniverse has been downloaded by over 50,000 individual creators. “NVIDIA Omniverse connects worlds by enabling the vision of the metaverse to become a reality,” said Richard Kerris, vice president of the Omniverse development platform at NVIDIA. “With input from developers, partners and customers, we’re advancing this revolutionary platform so that everyone from individuals to large enterprises can work with others to build amazing virtual worlds that look, feel and behave just as the physical world does.”

The metaverse is an immersive and connected shared virtual world in which artists can create digital scenes, architects can create buildings, and engineers can design new products for homes. These creations can then be taken into the physical world after they have been perfected in the digital world.

“Lots of companies are, and have been, talking about the metaverse, but NVIDIA is one of the few that is actually delivering on its promise,” said Jon Peddie, noted author, consultant, and founder of Jon Peddie Research. “NVIDIA brings a broader understanding of the needs of designers of all types and has many of the tools they can use — for free. The NVIDIA Omniverse platform has the potential to transform nearly every industry by making truly collaborative, creative innovation possible in a common virtual space for the first time.” NVIDIA Omniverse has a growing ecosystem of supporting partners.

Key to Omniverse’s industry adoption is Pixar’s open-source USD — the foundation of Omniverse’s collaboration and simulation platform — enabling large teams to work simultaneously across multiple software applications on a shared 3D scene. This open standard foundation gives software partners multiple ways to extend and connect to Omniverse, whether through USD adoption and support, or building a plugin, or via an Omniverse Connector.

NVIDIA is adding more USD and materials support in a new NVIDIA version of Blender, now available for download from the Omniverse launcher and GitHub.

“NVIDIA’s engineering efforts on integrating USD into Blender is exemplary for how the industry contributes to open source,” said Ton Roosendaal, chairman of the Blender Foundation. “Thanks to USD, Blender artists can have high-quality access to studio pipelines and collaboration platforms such as Omniverse.”

NVIDIA and Adobe are collaborating on a Substance 3D plugin that will unlock new material editing abilities for Omniverse and Substance 3D users. Artists and creators will be able to work directly with Substance Materials either sourced from the Substance 3D Asset platform or created in Substance 3D applications, creating a more seamless 3D workflow.

“Adobe is dedicated to an open and connected community of 3D designers," said Sebastien Deguy, vice president of 3D and Immersive at Adobe. "As an industry standard, Substance will strengthen the Omniverse ecosystem by empowering 3D creators with access to Substance 3D materials.” Among the over 500 companies that have been evaluating Omniverse are:

NVIDIA Omniverse Enterprise is currently in limited early access. The platform will be available later this year on a subscription basis from NVIDIA’s partner network — including ASUS, BOXX Technologies, Dell Technologies, HP, Lenovo, PNY and Supermicro.

Information on pricing for Omniverse Enterprise is available here.