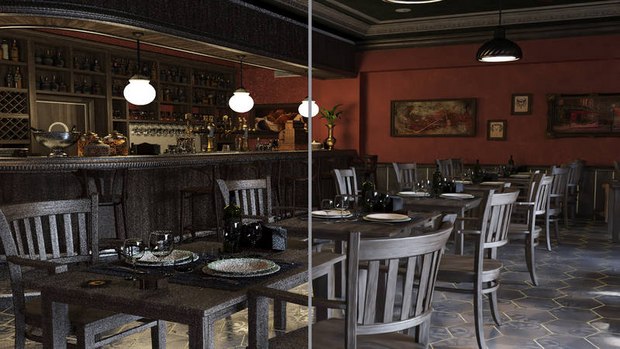 SIGGRAPH 2017 -- LOS ANGELES -- NVIDIA today announced that it is bringing the power of artificial intelligence to rendering with the launch of NVIDIA OptiX 5.0 SDK with powerful new ray-tracing capabilities.

Running OptiX 5.0 on the NVIDIA DGX Station -- the company’s recently introduced deskside AI workstation -- will give designers, artists and other content-creation professionals the rendering capability of 150 standard CPU-based servers. This access to GPU-powered accelerated computing will provide extraordinary ability to iterate and innovate with speed and performance, at a fraction of the cost.

“Developers using our platform can enable millions of artists and designers to access the capabilities of a render farm right at their desk,” said Bob Pette, Vice President, Professional Visualization, NVIDIA. “By creating OptiX-based applications, they can bring the extraordinary power of AI to their customers, enhancing their creativity and dramatically improving productivity.”

OptiX 5.0’s new ray tracing capabilities will speed up the process required to visualize designs or characters, dramatically increasing a creative professional’s ability to interact with their content. It features new AI denoising capability to accelerate the removal of graininess from images, and brings GPU-accelerated motion blur for realistic animation effects.

OptiX 5.0 will be available at no cost to registered developers in November.

By running NVIDIA OptiX 5.0 on a DGX Station, content creators can significantly accelerate training, inference and rendering. A whisper-quiet system that fits under a desk, NVIDIA DGX Station uses the latest NVIDIA Volta-generation GPUs, making it the most powerful AI rendering system available.

NVIDIA is working with many of the world’s most important technology companies and creative visionaries from Hollywood studios to set the course for the use of AI for rendering, design, character generation and the creation of virtual worlds. They voiced broad support for the company’s latest innovations: