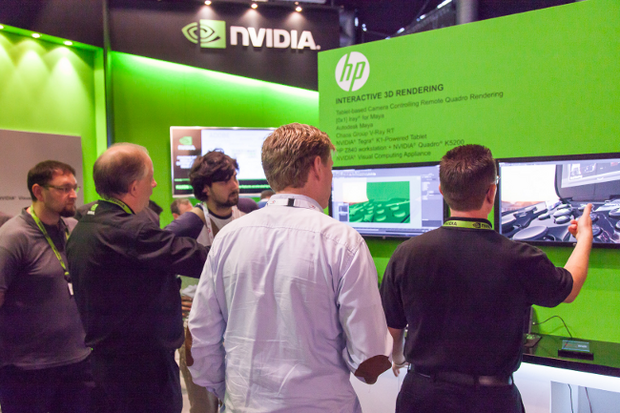 NVIDIA’s new line-up of Quadro GPUs -- the K5200, K4200, K2200 and K620 -- are on display in Europe for the first time at the IBC conference in Amsterdam, Sept. 12-16. With media professionals working with a new generation of cameras, they're arriving just in time. Offering higher resolution and more flexibility, this new gear is amazing stuff.

But with better resolution comes the need for more processing power. To work with raw camera footage and retain the highest quality throughout the workflow, it’s necessary to process, or debayer, the files. That already requires a lot of horsepower. Upping the resolution from HD to 4K or even 6K makes the challenge even greater.

Increasing the pixels more than 9x over HD demands all the horsepower and memory you can get. While that used to require specialized hardware, today you can add a new NVIDIA Quadro K5200 and you’re ready to go.

With up to twice the application performance and data-handling capacity, and larger GPU memory, the next-gen Quadro series is at the center of modern workflows.

At IBC, NVIDIA will be showing off a host of cutting-edge workflow technologies including: