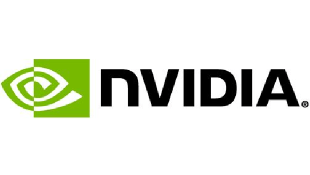 Whether HD or 4K, desktop or mobile, workstation or in the cloud, NVIDIA is demonstrating how its GPU technologies are behind almost every type of broadcast and post production workflow in booth SL 6825 at NAB 2014. NVIDIA GPUs power over 150 media and entertainment software applications, plugins and turnkey solutions, accelerating performance and providing advanced stereo capabilities and 4K support for even the most demanding workflows.

Technologies and demonstrations featured in NVIDIA’s booth include:

NVIDIA’s GRID Visual Computing Appliance (VCA) offers the benefits of GRID technology in an easy-to-install turnkey solution, for smaller businesses without a dedicated IT staff. GRID VCA delivers high-end GPU-accelerated applications such as those from Adobe and Autodesk over a local company network via Ethernet, to be displayed on any client computer or device. With support for up to eight concurrent users, GRID VCA enables easy scalability as projects ebb and flow, and the same graphics experience that users would expect from a dedicated workstation. See the flexibility of GRID VCA in NVIDIA booth SL 6825 with:

“NVIDIA GPUs are the engine for a wide range of broadcast, film and content creation workflows, and nowhere is this more evident than at the NAB Show,” said Greg Estes, GM, Media & Entertainment and VP, Marketing, Pro Visualization at NVIDIA. “Our GPUs are powering innovative solutions from industry-leading partners and we’re excited to be spearheading efforts to make cloud-based and 4K workflows more efficient and viable for our media and entertainment customers.”

NVIDIA's GPUs and visual computing technology are also featured in numerous partner booths throughout NAB. Dozens of vendors are leveraging GPU acceleration to maximize performance in their solutions. For a complete list of partners and demos, please see NVIDIA's official show guide: www.nvidia.com/nab2014.