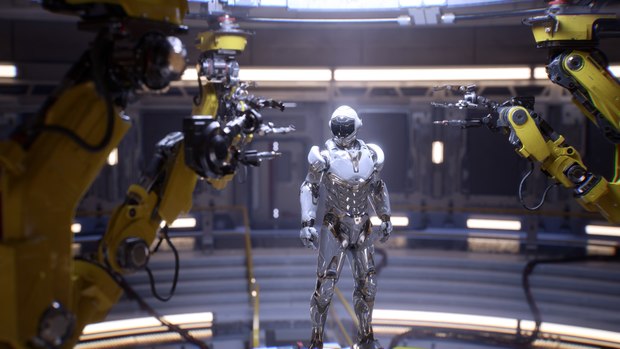 VANCOUVER -- NVIDIA has reinvented computer graphics with the launch of the NVIDIA Turing GPU architecture. The greatest leap since the invention of the CUDA GPU in 2006, Turing features new RT Cores to accelerate ray-tracing and new Tensor Cores for AI inferencing which, together for the first time, make real-time ray-tracing possible.

The company also unveiled its initial Turing-based products -- the NVIDIA Quadro RTX 8000, Quadro RTX 6000 and Quadro RTX 5000 GPUs -- which will revolutionize the work of some 50 million designers and artists across multiple industries. “Turing is NVIDIA’s most important innovation in computer graphics in more than a decade,” said Jensen Huang, founder and CEO of NVIDIA, speaking at the start of the annual SIGGRAPH conference. “Hybrid rendering will change the industry, opening up amazing possibilities that enhance our lives with more beautiful designs, richer entertainment and more interactive experiences. The arrival of real-time ray-tracing is the Holy Grail of our industry.”

NVIDIA’s eighth-generation GPU architecture, Turing enables the world’s first ray-tracing GPU and is the result of more than 10,000 engineering-years of effort. By using Turing’s hybrid rendering capabilities, applications can simulate the physical world at 6x the speed of the previous Pascal generation.

To help developers take full advantage of these capabilities, NVIDIA has enhanced its RTX development platform with new AI, ray-tracing and simulation SDKs. It also announced that key graphics applications addressing millions of designers, artists and scientists are planning to take advantage of Turing features through the RTX development platform.

“This is a significant moment in the history of computer graphics,” said Jon Peddie, CEO of analyst firm JPR. “NVIDIA is delivering real-time ray-tracing five years before we had thought possible.”

The Turing architecture is armed with dedicated ray-tracing processors called RT Cores, which accelerate the computation of how light and sound travel in 3D environments at up to 10 GigaRays a second. Turing accelerates real-time ray-tracing operations by up to 25x that of the previous Pascal generation, and GPU nodes can be used for final-frame rendering for film effects at more than 30x the speed of CPU nodes.

“Cinesite is proud to partner with Autodesk and NVIDIA to bring Arnold to the GPU, but we never expected to see results this dramatic,” said Michele Sciolette, CTO of Cinesite. “This means we can iterate faster, more frequently and with higher quality settings. This will completely change how our artists work.”

This level of performance powers AI-enhanced features for creating applications with powerful new capabilities. These include DLAA -- deep learning anti-aliasing, which is a breakthrough in high-quality motion image generation -- denoising, resolution scaling and video re-timing.

Turing-based GPUs feature a new streaming multiprocessor (SM) architecture that adds an integer execution unit executing in parallel with the floating point datapath, and a new unified cache architecture with double the bandwidth of the previous generation.

Combined with new graphics technologies such as variable rate shading, the Turing SM achieves unprecedented levels of performance per core. With up to 4,608 CUDA cores, Turing supports up to 16 trillion floating point operations in parallel with 16 trillion integer operations per second.

Developers can take advantage of NVIDIA’s CUDA 10, FleX and PhysX SDKs to create complex simulations, such as particles or fluid dynamics for scientific visualization, virtual environments and special effects.

Quadro GPUs based on Turing will be initially available in the fourth quarter.