Second installment in a VR/AR trilogy that examines our collective life on this planet to be showcased at the Sundance Film Festival’s New Frontier program. 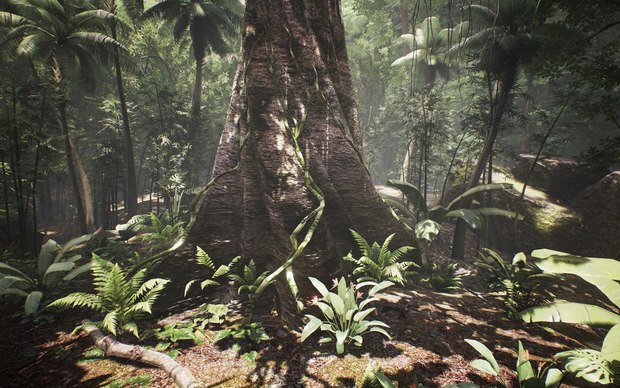 The storytelling pioneers behind Giant — a first-of-its-kind VR narrative that blew away audiences at the 2016 Sundance Film Festival — are heading back to the festival’s New Frontier program with another remarkable production.

Giant let viewers experience what it’s like to be trapped in a war zone — and its interactive elements left audiences stunned.

With the debut of Tree on January 20 at the storied festival, held each year in Park City, Utah, Winslow Turner Porter III and Milica Zec have used Pascal-based Quadro GPUs to reveal in an unforgettable and unprecedented way the atrocities that mankind brings upon Mother Nature and her non-human inhabitants. It’s the second installment in a VR/AR trilogy that examines our collective life on this planet.

“Experiences impact attitudes in a powerful way. The more real the experience, the more likely we are to influence the audience to act,” says Porter. “We used NVIDIA Quadro professional GPUs to achieve the highest level of visual fidelity with near-zero latency for the most immersive and believable experience.” Upon securing their VR headsets, audience members find themselves in complete darkness, revealed to be soil, and then realize they are a virtual seed. Using their VR controllers, they begin to rise from the soil and grow. Sounds of the rainforest can be heard, while pollinating bees and fluttering birds flit by them and monkeys swing from their branches.

As the audience takes in the breathtaking view, all the surrounding animals become alert to a rising threat in the distance. Soon, plumes of smoke appear on the horizon, coming closer and closer before clouding the entire sky. As viewers regain their vision, they realize they’re watching the ecosystem fall prey to forest fire.

Experiencing this kind of interactive VR environment in real time is paramount. “We make sure that we’re hitting well above 90 frames per second in the Epic Unreal video game engine, ensuring a comfortable, captivating experience for everyone who embarks on the journey of this rainforest tree,” says Porter. “The new Pascal-based Quadro GPUs push many more pixels than any other card on the planet, allowing us to create a stunning, photorealistic jungle setting, full of lush sights and sounds that really pull the viewer in.”

The Tree VR installation at Sundance is running on HP Z840 workstations, each equipped with a Quadro P6000 GPU and Oculus HMD. Visit the New Frontier VR installations at Sundance starting January 20 to experience it for yourself, and learn more about the creating compelling VR narratives and the making of Tree during a fireside chat taking place at 10:00 a.m. on January 27th at the Oculus House located at 201 Heber Avenue.