NVIDIA-Powered AI and VR Tools on Display at SIGGRAPH 2017

NVIDIA and NVIDIA partners to showcase the latest AI, VR, and advanced rendering technologies at SIGGRAPH 2017. 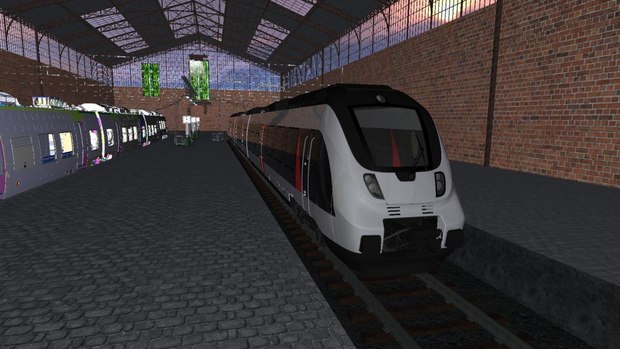 At SIGGRAPH 2017, running July 31 through August 3 at the Los Angeles Convention Center, NVIDIA is set to show attendees how to make their best work even better thanks to the latest AI, VR, and advanced rendering technologies.

From Siri to Smart Cars to Netflix recommendations, AI is infused in our daily lives. Now, thanks to the computational power of NVIDIA GPUs, new AI-accelerated workflows are optimizing content creation, saving artists and studios time and money, and driving greater creativity.

Dublin-based startup Artomatix is a leading example of this trend. Its AI-based approach to texture generation and style transfer helps automate many of the mundane, tedious and repetitive tasks artists and designers face. This allows creative professionals to focus on high added value and creative tasks.

Artomatix will be at NVIDIA’s SIGGRAPH booth (#403) demonstrating their “Aging of 3D Worlds” platform. Its deep learning technology, along with NVIDIA CUDA, cuDNN and cuBLAS running on NVIDIA GPUs, generate dozens of aged textures in minutes at a resolution of up to 4K. The talk will be held on Tuesday, August 1 at 4:30pm-4:55pm. VR Gets On Board to Power Visualization of Huge Datasets

Predicting what the finished design of a product will look like is a challenge manufacturers, industrial designers and creative pros face every day. Bombardier -- one of the world’s top aerospace and transportation companies -- provides a great example of how to do this right, by incorporating VR into its design process. At NVIDIA’s SIGGRAPH booth, ESI Group will show attendees how they can visualize an entire Bombardier “Talent 2” heavy rail passenger train.

“Being able to predict their final products and spot potential production challenges while still in design is critical to Bombardier,” says Eric Kam, Product Marketing Manager at ESI Group. “When we showed them the capability to load and visualize this complete train in VR, they were speechless.

The model, a huge data set consisting of a whopping 170 million triangles, is visualized with ESI’s upcoming release of IC.IDO 11.2 Immersive Virtual Prototyping software. It makes use of NVIDIA DesignWorks features such as NV Pro Pipeline for scalability across GPUs, and VR Occlusion Culling, for higher frame rates for a huge data set of this kind.

IC.IDO also incorporates NVIDIA VRWorks technologies, such as VR SLI, and Single Pass Stereo, to improve the performance, efficiency and image quality of its VR rendering.

By leveraging IC.IDO 11.2, with VRWorks and DesignWorks support, Kam explained, not only can Bombardier and other enterprises do immersive design reviews, but now engineers equipped with a VR headset could integrate their design work with the larger environment, making in-process prototyping a reality. “Potentially, this would mean full-sized interactive train prototype available at every engineer’s desk,” Kam said. Dassault Systèmes will also be in the NVIDIA booth. The company will show a proof-of-concept project -- a design for an experimental Stellarator fusion reactor, the largest in the world, developed by the Max Planck Institute in Dassault’s CATIA computer-aided design platform -- that demonstrates how engineers can natively edit massive geometry while running dual Quadro P6000’s. In this case. The proof-of-concept includes an integrated immersive experience in VR that can be launched with a click of a button, with zero setup and preparation required.

Working in VR, artists can modify their designs in real-time with full CAD geometry and realistic materials with Allegorithmic Substance texturing technology. With NVIDIA LMS and VR SLI extensions, they can make real-time VR on any design a reality. Smoke and Fire with CUDA-powered Rendering

Eddy makes it possible to work with smoke, fire and similar gaseous fluid sims interactively within Nuke, workflows that were never previously possible. In order to provide fast feedback to artists, Eddy compiles many of its separable volumetric operations into in-line optimized CUDA code.

Stop by the NVIDIA Booth

Attendees can see demonstrations of amazing AI and VR applications, plus others in NVIDIA booth #403 at SIGGRAPH 2017 July 30 - August 3rd at the L.A. Convention Center.